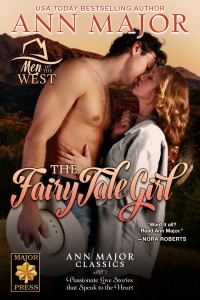 Can you Juggle Twenty Glass Balls at once without Dropping One? If so Maybe you Can Succeed as A Romance Writer

Watch out, because you are in danger of developing a bad case of an addiction known as the highly-contagious I’m-going-to-be-a-romance-writer-or-bust curse.  In the first throes of this addiction, you get the same boost of energy you have when you first fall in love. You tell yourself your book is wonderful. You ask yourself what could possibly go wrong? By the time you’ve gained enough experience in the publishing industry and know what can and does go wrong, you’re already an addict.

Unfortunately, there’s no twelve-step program you can join to kick the habit. You probably love books, authors, and writing so much, there’s no hope for you… except to keep on, keeping on.

To succeed in today’s bloated market you will need talent and imagination—you must be born with those, craft—you must constantly work to develop it, self-discipline, courage, a tough hide, the ability to constantly reinvent yourself, the determination to preserve against horrendous odds no matter how many setbacks you encounter, and the ability to hold onto hope. Also if you started off wanting to make a million dollars on your first book and have it made into a movie and be critically acclaimed as well, you may have to redefine the word, success. Is success just being allowed to be an artist? Or does it have to come with fame, money or both?

There are so many scam artists out there who say they can help you achieve your dreams, you’ll need a top grade bullshit detector in your toolkit.  There are myths, bad advice, workshops, webinars, and know-it-alls spouting what worked for them but what is of no value to you. There are people who will tell you that you can’t do it, and people who will write reviews once you do publish that say your literary darling stinks. This will crush your spirit. But you must pick yourself up, dust yourself off, and tell yourself the reviewer’s comments are his opinion—and the less time you waste worrying about these folks, the better.

It’s up to you, to believe in yourself and your work and carry on. And that can be very difficult for some sensitive souls. It’s difficult for anyone to take criticism, even constructive criticism, but to have one’s  literary baby publicly vilified on the Internet for all to see…

Finding the right books and workshops for you, making friends with other writers, helping other writers who are also struggling, joining writers groups like RWA or Ninc help. In the early days I was a founding board member of RWA.

I started writing in 1972 and sold my first book to Dell in 1977 and have never been able to kick the addiction—because I am still swept away on new adventures by the heroes and heroines who dance in my head. Writing is magical for me. It’s worth all the heartache and hours at the computer.

I mentioned the necessity to reinvent yourself. A year ago I left Harlequin, my longtime publisher, to self-publish.  I can’t imagine a riskier adventure. I am not at all sure why I did it or if it was the right thing to do. But what the heck?

Right now I am hard at work revising and modernizing my backlist and republishing them as ebooks.  I just launched my Men of the West series with Wild Lady (Bk 1) and The Fairytale Girl (Bk2) and will soon publish the third in the series, Meant to Be.

Wild Lady is set in Corpus Christi, Texas and is the most autobiographical of all my books.  When Texas oilman’s daughter, Kit Jackson, is jilted at the altar, her first lover, the man she can’t forget, reappears and demands a second chance.

I just finished writing the first book in my Lone Star Dynasty Series and am excited to announce I will start publishing that series in a couple of months.

Why am I still writing instead of lying around petting my cat or out on the baby paddleboarding? Because I still love to write highly charged emotional stories about alpha males (usually set in Texas) and the gutsy women who love them. And because I can’t kick the addiction. 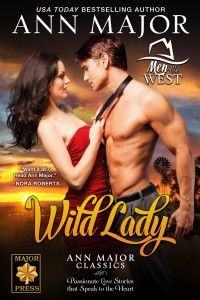 The black-haired, black-eyed beauty smiled mockingly in the foot-high photograph on the society page of the Corpus Christi Chat beneath the sensational headline, “Oilman’s Daughter Stranded at Altar.”

With trembling fingers, Kit gripped the paper even more tightly as she studied her own picture for a second time. How had she managed that picture—the radiant smile, the sparkling eyes? The photograph depicted a young girl glowing with expectation at the prospect of marriage. Had she ever really been that girl?

She skimmed the article beneath. “Kit Jackson, daughter of wealthy South Texas oil operator, Howard Jackson, waited in vain last night for her bridegroom, Rodney Starr, to make his appearance…”

Oh! The paper made it sound so tragic. Everyone who read the article would think Rodney had deliberately stood her up. They would think that she was heartbroken. But it wasn’t like that.

“If they only knew how relieved I really am,” she said half-aloud.

She remembered the long months of tension that had preceded the events of last night. Her family and his pressuring them both into their decision. Once she’d agreed to marry him, her mother’s plans for the grand, society wedding had been like an avalanche sweeping Rodney and her along. Neither of them had known how to say no to the lavish parties and gifts.

Occasionally across a crowded ballroom she’d caught an almost desperate look in Rodney’s eyes, and surely he’d seen the same look in hers. She’d wanted to call the wedding off; she’d come close to doing it many times. But once the marriage plans had been set in motion, she’d lacked the courage.

Newspaper articles covering their engagement had made it sound like a fairytale marriage—the handsome heir to the Starr ranching and oil fortune marrying the wealthy Jackson beauty.

She had never loved Rodney in the way a wife should love the man she planned to marry, although she was very fond of him. She had only drifted into a relationship with him on the rebound because he’d been so sweet and understanding when her devastating romance with the one man she’d truly loved had ended.

Ted… Black print blurred and the paper fell from her hands to rest beside her untouched breakfast tray. The breeze gusting up from the bay caught its edges and they fluttered. Last night she’d dreamed of him. Why? 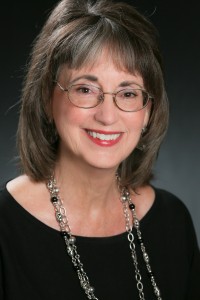 ANN MAJOR is a USA Today bestselling author who’s published 69 with Harlequin and Dell. She lives in Texas with her husband of many years.  Newly-retired, he harbors ambitions of encroaching on her territory, so she faces new challenges on the domestic front. She has three grown children and several grandchildren. A former English teacher, she has a master’s degree from Texas A&M at Kingsville, Texas. She is a co-founder of Romance Writers of America and a frequent speaker at writers’ groups.

Besides her writing, Ann loves to hike in the mountains, sail, kayak, travel, and play the piano. Most of all she enjoys her friends and family… and, last but not least, her muy macho cat, Jack.