Jenala Delasa is alone and in trouble. Someone wants her kalcion mine. They’ll stop at nothing, even murder. Jenala needs help.

Santro Baltin is just what the beautiful red-head needs. He’s huge, a master swordsman, and has a heart big enough to give her the room she needs to heal. When it comes to Jenala’s enemy however, he has his own agenda.

To defeat the notorious Zlaten Vandalar, they have to work together, mind to mind, shoulder to shoulder and heart to heart. 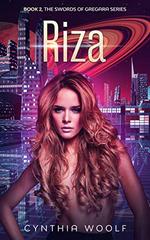 Dr. Riza Lamrona is on the run from a notorious space pirate. She knows his secrets and he wants her dead.

Darick Remaul was a Star Patrol detective who’s trained in trouble and sees it in Riza. He also sees beneath the baggy clothes and glasses to the beautiful woman underneath. Will he be able to get beneath her defenses before the pirate accomplishes his deadly task? 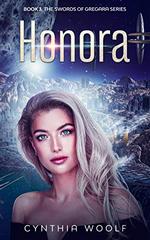 They stole her love, her life and want to steal the secrets secured in her mind. Secrets that could topple world governments and decimate quadrant security forever. Now she’s on an epic quest to find out why and make those responsible pay.

Honora Reyestat gave up everything to become a member of the esteemed Gregarian Guard. No family, no friends, no connections–nothing that can ever be used against her. Captured and enslaved, she’s become a prized gladiator for her master. Given the task of training a new slave, she recognizes a fellow Zolthor and the son of a tribal leader at that. Her mission changes from discovery of the enemy’s tactics and secrets to returning Joridan to his people.

Drawn to this fierce woman as no other, Joridan Dolana tries to explain she is wrong. He’s not Zolthor, he’s Centauri. He was raised on Centauri with his sister. Faced with proof of a father’s ultimate betrayal, he must choose between revenge and the protection of this woman who has sworn to never return his love.