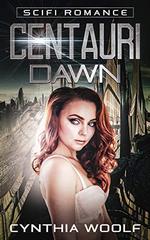 Audra is a normal grad student in law school in Boulder, Colorado. Until the day she finds out she isn’t. She’s a princess from the planet Centauri. Her mission, whether or not she chooses to accept it, is to marry an alien and save the world, in order to save her family.

Darius is charged with delivering his brother’s bride home to Centauri, ready to be queen. Falling in love isn’t just forbidden, it’s a death sentence for him and for his world. 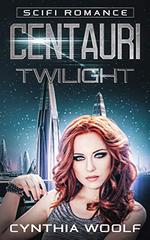 Lara Danexx suffered years of torment at the hands of the evil and twisted Ranzon Slavarien. But she escaped and raised an army of rebels to destroy him. Victory is within her grasp when an unwelcome intruder hunts her down and spins wild tales of her lost family and royal blood. This arrogant invader stirs her long dead emotions and threatens to ruin all of her plans. She can’t allow herself to desire his touch, or believe his lies…too much is at stake.

General Anton Coridian gave his word that he would find his beloved queen’s long lost sister, Princess Jondalara. He expects a pampered princess. Instead he finds a guerilla leader with an army of loyal cut-throats and rogues at her back. Every instinct he has demands that she is his lifemate and he must steal her away to safety. But the dark determination and pain in her eyes reminds him of his own tortured past. She offers him redemption and the chance to right an unspeakable wrong. Destiny must be laughing, because now he’s fallen in love with a woman who will stop at nothing to free her people…even if it means sacrificing herself. Anton is determined to join her, both in bed and in battle. Now he must convince Lara that his love can save not just her life, but her battered heart.

Garrick Marcus, Spaceship Captain, is on a mission to hunt down a ruthless killer. The same man Kiti is after.

But Kiti and Garrick discover an explosive attraction that makes it hard to keep their minds on their goals. As they try to bring down the killer, they find that love and vengeance are a volatile mix. 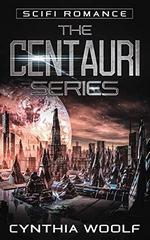 This is the complete series. All three books, Centauri Dawn, Centauri Twilight, and Centauri Midnight in one complete volume.