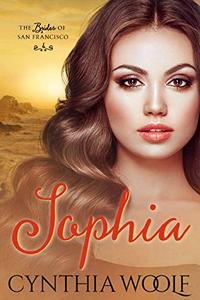 Working long hours in a New York City bakery is not at all what Sophia Hayes had planned for her life. When her fiancé breaks their engagement her to marry her thinner, blonder, more beautiful sister, Sophia knows it is time to do something drastic, something completely unexpected. All she’s ever wanted is to have a husband and family of her own. Agreeing to be a mail-order bride seems the perfect answer.

Robert Langley has been a sailor his entire life. As Captain of the Sapphire of India, his last cargo made him a very wealthy man, but his time at sea cost him much. His wife was killed in an accident while running away with another man leaving him a widower with four young children who barely recognize their own father. A mail-order bride seems to be the ideal solution. He simply needs a willing woman to warm his bed and a compassionate woman to raise his children. Love is not an option.

Sophia’s sister is not content to leave well enough alone. When her husband dies unexpectedly, she makes her way to San Francisco to do what she has always done…take what she wants. And the moment she sets eyes on her sister’s new family, what she wants is Robert Langley.

Sophia has always believed her stunning, talented sister deserved the best in life. But this time Sophia is in love, and she’s not going to surrender without a fight.