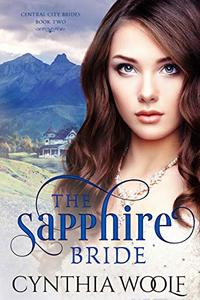 Ava Lewis is a jewelry maker. As the only women jeweler where she works or that she knows in the business. Ava opens her door to find her brother who immediately falls unconscious to the floor. When she gets him awake and onto the sofa he tells her he’s dying, wounded by a poisoned blade. He demands that she take his pouch full of jewels and run. The only option she sees is to sign up as a mail-order bride under an assumed name, Jane Smith.

Seamus ‘Lucky’ Madigan is a saloon owner. He won three different saloons in poker games and now makes a good living from the businesses. He sees how happy his friend and former captain is with his mail-order bride and orders one for himself. He desires a bride who hasn’t known every man in town in an intimate way. Someone he could introduce to his mother, if he had one alive.

When the same man who killed her brother comes after Ava it will take all his skill with a knife and as a part of a sniper unit to protect his new bride.