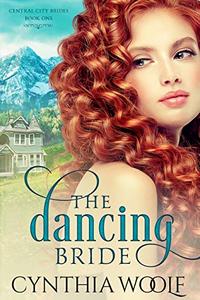 From the day she was born, Rita Baxter’s mother encouraged her to follow her heart. Filled with innocent dreams and faith that her hard work training to be a Prima Ballerina on New York’s bright stage will lead to fortune and fame, Rita is crushed when she loses her mother and must take a job dancing in a burlesque chorus line to keep a roof over her head. Witnessing a brutal murder is the last straw. The police promise to keep her safe, but Rita has learned to be a realist. Determined to escape the Irish gang that wants her dead and start a new life for herself, Rita heads to Colorado Territory as a mail-order bride.

Jack Colton struck gold in his Central City mine, but the dark recesses of the mine mirror the lonely, dark places in his heart. He longs for a wife and family, but the only women in town interested in a hard former soldier like him aren’t really interested in him at all. Tired of being pursued for his newfound wealth, Jack decides to take a chance on a mail-order bride from New York. She’s supposed to be petite and beautiful, a dancer who will bring color and warmth into his cold life.

Sparks fly when they meet, both hopeful for a bright future. But murder is a poison and it followed Rita all the way from New York. Jack thought his killing days were over, but when an assassin arrives to destroy everything Jack will stop at nothing to protect his new wife…no matter the cost.