Please help me welcome Charlotte Brentwood to my blog today. Charlotte is giving away an ecopy of her book to one lucky commentor, so be sure and leave her a comment. 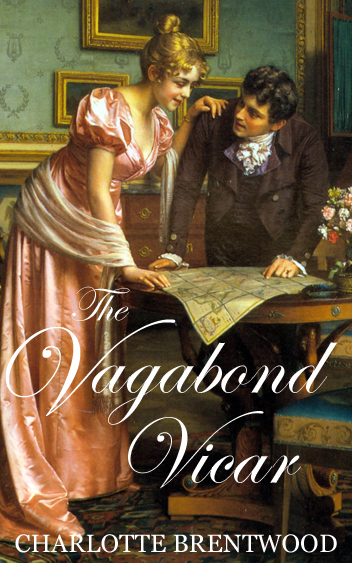 William Brook is an idealistic young cleric, desperate to escape dreary England for a mission adventure in exotic lands. It’s his worst nightmare come true when he is posted to a parish in a small backwater village, populated with small-minded people and husband-hunting mamas. He’s determined not to form any ties and to escape the country as an independent single man.

A free spirit, Cecilia Grant is perfectly content to remain in her family home in Amberley village – when she’s not wandering the countryside at all hours painting. Marriage options are few, but that won’t stop her mother from engineering a match with one of the ruling family’s sons. Cecilia attempts to win the man, but what is it about the new vicar and his brooding ways that is so appealing? Could he be the only one who has ever really understood her, and can she discover what he is running away from?

As William struggles not to fall in love with the lady’s intoxicating beauty and mysterious eccentricity, he finds himself drawn into the lives of the villagers, despite their best efforts to alienate the newcomer. When he makes it clear he’s not sticking around, Cecilia strives to restrain her blossoming feelings for him. Just when it seems love may triumph, dark secrets are revealed in Amberley and a scandal from William’s past may see the end of not only his career, but his chance at finding an everlasting love. 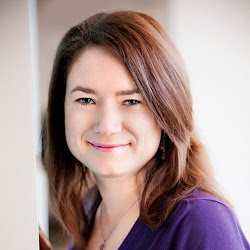 Charlotte developed serious crushes on a series of men from age fifteen: Darcy, Knightley, Wentworth and Brandon. A bookworm and scribbler for as long as she can remember, Charlotte always dreamed of sharing her stories with the world. The Vagabond Vicar is her debut novel.

She lives in beautiful Auckland, New Zealand. When she’s not toiling at her day job, writing or procrastinating on the Internet, Charlotte can be found snuggling with her cat Sophie, warbling at the piano, sipping a hot chocolate or enjoying the great outdoors.

(note the ebook is also available on Nook, Kobo and other retailers – see my website for all links)

Cecilia slipped out after breakfast on Saturday, intent on painting the late summer wildflowers. She worked near the river for several hours. On her way back home, she saw a distant view of the churchyard, and some movement caught her eye near the vicarage. There appeared to be someone working in the pottage garden next to the house, which she knew was well overgrown. She moved closer, with the intention of striking up a conversation with the worker, and asking about what he was planting. The Grants had an abundance of spinach seedlings, so she could offer a few.

She walked down around the base of a mound, and through a grove of trees. Upon emerging from behind a large oak, she gave a start. It was Mr Brook working in the garden, furiously tilling the hardened soil. He always gives his all to whatever endeavour he sets his mind to. He hadn’t seen her, and though she felt she shouldn’t disturb him, she found herself stealing closer, pressing herself behind another oak only about twenty feet from the plot. She couldn’t help but examine him closely, as the sight of him was unlike she’d ever seen a gentleman before.

William had worked up a sweat. His dark hair was tousled across his forehead, and dirt was caked on his cheeks and neck. His torso and arms were only clad in a shirt, with no coat, cravat or waistcoat. Apart from her father and brothers, Cecilia had only ever seen gentlemen in jackets or coats. And she had never seen a shirt, or the man within it, in such a state as this. He had torn it open at the neck, and she could see a broad chest speckled with hair. The damp fabric clung to his shoulders and well-formed arms. Cecilia watched him drive his hoe into the soil again and again, breathing hard with the effort. She swallowed, realising she had been gaping with an open mouth, which had suddenly dried out. She knew there was no way she could talk to him, her agitated mind flitting from one thought to the next. She emerged from the tree, intending to creep past the vicarage and on her way home. Her heart beating wildly, she began to shuffle through the grass.

William chose that moment to pause in his work, stretching backwards and causing his shirt to pull out from his breeches. The glimpse of the muscles of his stomach made Cecilia gasp, and she clamped a hand to her mouth, too late. He bolted upright, and instantly his eyes were on her, freezing her steps. He held her stare for just a moment, before conflicting emotions washed across his face. First he smiled, then frowned, and then mumbled something as he looked down at himself. Even from her distance she could see colour creeping up his neck to his face, and she felt remorse for embarrassing him. He was working his own land, after all. She had no business spying on him.

“Oh Miss Grant, I do apologise…” William looked about the yard frantically, locating his coat hanging on a fencepost. He started towards it, but did not advance two steps before he landed on his rake. The instrument jumped up and smacked him squarely on the nose.

“Well, I shall go then,” Cecilia said reluctantly, her eyes clinging to the tail of his shirt.

4 thoughts on “THE VAGABOND VICAR By Charlotte Brentwood”