Please help me welcome Jacqueline Patricks to my blog today. Jacqueline is giving away an ecopy of her book to one lucky commentor, so be sure and comment.

When I was 15, I read Barbara Hambley’s Darwath Trilogy and I decided I wanted to write amazing stories like that. The bug bit me hard, too, because went to college for my creative writing degree initially.

My main genres are science fiction, fantasy, speculative fiction and romance, but all tend to have strong romance elements to the stories. I won’t say that I’ll always write romance into my stories, but somehow it tends to end there most of the time. Mainly I love the freedom invent new worlds while playing with human emotions and psychology.
Tell us about your current series and wip.

My current book Dreams of the Queen- The Brajj #1 is science fiction/romance with lots of angst and twists. It’s not for the faint of heart or those lacking a strong imagination. It really takes readers on a psychological and emotional ride. Lots of characters with agendas and action and romance going on.

I’m currently working on Nightmare of the Queen – The Brajj #2 and another series involving fae, mortals and the end of the world called Fairytale Apocalypse. I’m hoping FA will be out late 2013 and Nightmare will be out early 2014.

Most of my ideas come from my dreams, but I like to read current events and really pay attention to the normal world. I dump a lot of information into my head, then it all marinates until something original and unique percolates to the surface.

How does your family feel about your writing?

My husband is a musician, so not only is very supportive but he understands the creative drive and obsessive need to be an artist. My family is also very supportive of my writing. They have been ever since I subjected them to my horrible teen crap. My dad used to read everything I wrote in Jr. High. I remember him being cautiously supportive. Now his positive feedback is genuine. He’s constantly bugging me for updates. When is the next chapter done? When can he read it? What happens next? I know most families and friends aren’t completely honest in their feedback, but mine are brutal. So to have mine be excited to find out what happens next… that’s the best!

What was the deciding factor in self-publishing your book(s)? Did you decide on ebook or print only or both?

Self-publishing has been the best decision for me. I’ve collection my share of rejections. Gave up for a while and focused on working full-time, then fall back into writing again about three years ago. I’d forgotten how much I miss it. I love the freedom, but it’s a lot of hard work. You have to do a lot of research. Know what you’re getting yourself into and even then there’s a sharp learning curve. I had a bit of a false start last Nov 2012 when I first released Queen and had to relearn several things. But it’s stronger now and what I’ve learned I’ll do better with my future book releases.

I was always going to do a print run with my ebooks. Many of my friends and family wanted a print copy and so did it. Money aside, there’s just something about finally holding a physical copy of your work in your hands. Smelling it, flipping through the pages, pressing a flower or bookmark inside… it’s finally real unlike how an ebook will ever be. I will always do a print run of all my novel length books and anthologies of my short stories.

All self-pubbed books are rumored to be shoddily edited. What do you say to that?
Shoddy editing in self-publishing is a huge stigma. One that I and other self-pubbed authors I know are fighting to overcome. There are daily discussions on how to rise above this. One way is for authors to work extremely how to make sure their work is top notch. Get a great beta partner. Learn how to self-edit at a level of excellence. Don’t release your work too soon. Have several typo-catching readers, not editors, just friends who are great at catching typos. They don’t have to be good at grammar, just simple things like dropped words and transposed letters. Ask them to read your work very slowly. But all this is very important. I can read the first paragraph or two of a book and tell you if it’s well written or not. It’s that obvious.

I am a total pantser! I start with an idea or premise, sometimes just a very simple one, and I’m off. I generally write from start to finish chronologically, but if I have an idea for specific scenes out of order then I’ll write that scene and save it for later. My brain is constantly working on ideas. While I’m only writing on two main stories right now, I actually have about six in various stages of work. Often my best scenes and dialogue happen while I’m panting my way through. I’ve had characters do things that surprised me, but I’ve realized worked better than my original idea for the scene. Improv is awesome!

Do you write under a pen name? Why or why not? How did you choose it?

I do write under a pen name. I work as a paramedic and have just under eight left to retire, so I’m trying to keep some separation in my two careers. I’ve always liked the name Jacqueline and Patricks is unusual as opposed to Patrick and I liked the feminine and masculine combination. Sort of like my writing, romantic yet strong.

I don’t actually have a set routine because of my full-time job. I tend to be able to write whenever I get a free moment. I’ve become very disciplined when I sit down to type out hundreds of words an hour when I’m in the right mindset. It’s all about being focused.

http://www.comicpalooza.com/convention/exhibitors/ and speaking on the author panels ‘Sex in Sci-fi’ and ‘Playing God-world building’. If you’re in the Houston area on May 24-26, stop by and visit!

Reviews for ‘Dreams of the Queen’

“”Devotees of the paranormal genre will appreciate Patricks’ original work […] science fiction and magic meld together perfectly. As readers’ imagination is put to the test, it’s apparent that only the strong will survive […]the dash of romance creeps in slowly, but doesn’t overwhelm or interfere with the plot that will keep fans itching for more.” InD’Tale Magazine May 2013

“The alien culture of the brajj is deftly revealed over time. Plot twists at the end are genuinely startling, and leave the reader anticipating the sequel. – IndieReader Nov 2012 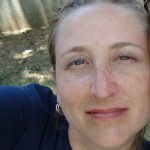 I started writing fiction when I was 15, and like most aspiring writers, my work was terrible, immature, cliched drivel. I went college for my creative writing degree and got used to the typical reject letters. Eventually, I needed annoying things like food, clothing and rent, so I got a real job and ended up finishing my degree in paramedicine. Since then, I’ve gained 19+ years of experience as a paramedic and spend time in the army.

Then a wonderful thing happened. I woke up one morning with the fire to write fiction again. I’d been published online by writing medical articles and was paid to write for a crafts blog, but I hadn’t felt the particular desire to write fiction in nearly a decade. I was back.

Never before had she seen a man so beautiful, so supremely confident and calm. It stirred novel emotions within her, feelings of attachment she’d never hoped to find. Or perhaps she merely imagined feelings because of her dissatisfaction with Julian. Did Jeamon represent unattainable perfection to her subconscious? How to know what was real and false? And Jeamon was not human, how did that compare? So much to understand; how could she possibly ever hope to comprehend it all?

“May I assist you in some manner, my Queen?” He remained kneeling, head bowed.

“Pardon?” His head jerked up, swiveled to meet hers.

The tense lines around his eyes smoothed as he smiled. His head tilted. “Of course, Cass. Though I wonder at your constant request for informality.”

The edge of the alcove suddenly interested her, and she picked at a loose bit of rubble with her fingernail, finding the details of it fascinating. “Do you need to understand right now?” She heard the rustle of his clothing and his boots rasping on the floor as he stood.

Several heartbeats of stubborn silence passed. She breathed—in and out—“I’m sorry about earlier. I was … I’ve been confused. About a lot of things.”

He placed a hand on the wall, near her fiddling one and leaned over her until she looked up. Inches separated them, his face so close to hers that she could count the sparkling lances in his irises from the random plays of distant sunlight. Her breath caught when one of Jeamon’s fingers swept faintly across one of hers. The usual electricity and blue light sparked and a negative red afterglow burned in her retinas while her skin ignited from her fingertip to her shoulder.

“That… what is that?” she asked, desperate for an answer while he continued to rub tiny circles, each one causing her breath to quicken a bit more.

“I do not know,” he said, his voice a bit husky. “Does it hurt you?” He pulled his finger away. The glow and tingling ceased.

“No.” She moved her finger back, brushing his and restarting the glow and tingling. “It feels … good … different but pleasant. What about you?”

“It is…” He paused, closed his eyes and leaned his head on the wall, causing his loose hair to slide over their hands. The delicate strands were like goose down drawing over her skin, and she sighed. “Stimulating,” he said, then his eyes snapped open and he gave her a keen look. “I have never experienced anything like it.”

The scientist in her stuttered for an explanation, while the woman just stuttered. His fingers caressed hers and a mounting need to be closer to Jeamon filled her. She stepped into his embrace, rested her head upon his chest, and inhaled his soft musk. Jules was right to be angry. She’d never felt like this with him or anyone else, nor could she explain why. But she wanted more…

8 thoughts on “An Interview with Jacqueline Patricks”