Welcome Elysa to my blog. I hope you have lots of fun today and get lots of comments on this interesting topic. Everyone who reads the blog today gets a copy of her ebook. 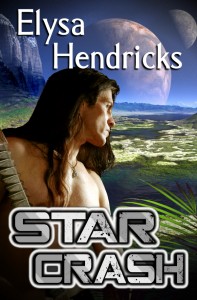 As an author I’ve always written under my “real” name, but I know many authors prefer to use a pseudonym. So I got to wondering which way is better and came up with my Top 10 Reasons for both.

Top 10 reasons to write under your own name

10. You’ll be able to find your books in the bookstore.
9. You don’t need a separate checking account.
8. You don’t have to change your diver’s license.
7. You’re kids will remember who you are.
6. Old friends can find you.
5. You can cash your royalty checks without a problem.
4. Your parents, kids and significant other get bragging rights.
3. You know how to spell it and pronounce it.
2. You’ll answer when someone calls your name.
1. You won’t forget who you are.

Top 10 reasons to write under a pen name

10. You can pick the exotic name you wanted as a child rather than the boring one your mom and dad gave you.
9. You can pick a name close to a big name author so your books are next to hers on the bookstore shelves.
8. Your friends don’t have to feel bad if you get a bad review – no one knows who you are.
7. If your books bomb you can always change your name and try again.
6. Old “friends” can’t find you.
5. When you get famous you can go out in public without being mobbed – no one knows who you are.
4. Your children don’t get teased about their mom’s “dirty” books.
3. You don’t get funny looks from the minister when you attend church.
2. Your mom doesn’t have to explain her daughter’s weirdness to the minister.
1. The local stalker can’t find you.

So as an author, which way do you lean, real name or pen name? And as a reader does it matter to you which name an author uses? 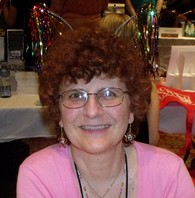 As a Thank You to everyone who visits Cindy’s blog today to read my blog I’d like to offer a FREE download of my ebook COUNTERFEIT LOVE, small town contemporary romance. Simply go to http://www.smashwords.com/books/view/83527 and at checkout use Coupon Code MM24E.

At the gate, a guard stepped in Cora’s path and whistled an incomprehensible command.

Cora was no alien expert. A pilot and a mechanic, she knew engines and machines not people–and on this planet the Flock were the reigning “people.” Her translator chip still couldn’t decipher the Flock language. The chirps, cackles, whirs, whistles and trills they used as speech sounded like birdsong, but unlike birdsong she didn’t ﬁnd anything pleasing about it. Her one required course on alien contact at the Academy wouldn’t do her any good if she couldn’t understand or speak their language.

The Flock whistled again. She tried to move around him. He smacked her arm with his rod then shoved her ahead of him.

“Go where?” she called out to the women.

One woman ran along the inside of the compound fence. “Make young.” The answer left a lot to be desired.

“Yeah, sure,” Cora muttered. Whatever the Flock had in mind for her, she wasn’t interested.

She took the opportunity to look around as the guard herded her deeper into the compound, past the pen she’d occupied since her arrival. They moved down a wide path between a series of pens to where she hadn’t yet been. Farther ahead lay some buildings.

It appeared the compound covered several acres, consisting of many pens separated by wooden barriers. The inhabitants of each pen were segregated by age and gender. Her pen held ten women, all in their twenties like her. One pen held girls ranging in age from about ﬁve to ﬁfteen. A larger pen held about ﬁfteen women, all with babies and toddlers. In still another pen, fresh wood chips covered the ground, there were tent-covered low benches with soft cushions, and a fountain provided fresh water and cooled the hot, dry air. Six women in varying stages of pregnancy occupied this pen. Cora couldn’t help but gape at the women’s bulging bellies and swollen breasts. Sweet stars, she was trapped on a breeding farm for humans.

The women paid little attention to her or her guard as they moved through this human chicken coop. She noticed there weren’t any pens with grown men. If the women were hens, where was the rooster?

The next pen answered her question. Naked except for protective cups over their genitals, ten boys ranging in age from four to ten practiced ﬁghting with wooden swords. Her attention shifted from the boys to the adult male who directed their training. Though his back was to her, he appeared as naked as the boys. Forgetting the guard, she paused to watch.

Bronze skin shiny with sweat rippled over powerful muscles as the man instructed the boys in swordplay. With his dark hair and straddle-legged stance, the youngest boy looked like a miniature version of the man. Cora smiled at his clumsy attempts to imitate his elder’s ﬂuid movements.

The boy watched the man intently, but his small body, round with baby fat, refused to cooperate. He tripped and sprawled in the dust. His wooden sword slipped from his grip. The other boys’ laughter stopped abruptly at the man’s sharp command. The man knelt next to the boy, said a few quiet words then handed him back the wooden sword. The boy rubbed the tears from his cheeks with grubby ﬁsts, leaving streaks of dirt. The man’s compassion for the boy touched Cora, made these people seem less like animals. More human.

At one time she’d dreamed of someday having a child like this–Alex’s child. That dream had died with him. Losing Alex had killed that need inside her. Now she lived to explore. Relationships, love and caring for others were no longer part of her life.

Still, her gaze moved back to the man and traveled from the top of his head, covered with sleek shoulder-length ebony hair, down his broad shoulders to his narrow waist and taut bare buttocks. Her breath caught at the beauty of his form. His unashamed masculinity woke her buried femininity. Her nipples tightened in response. At some primal level her body recognized this man. No one since Alex had stirred her like this. “Turn around,” she whispered. “I want to see your face.”

Instead, he stepped back from the boys then lunged forward. Sunlight ﬂashed off the blade of his sword as he whirled. Brieﬂy, before the beauty of his motion recaptured her attention, she wondered why he didn’t use his own real sword to strike down his captors and seize his freedom. Dark hair obscured his features as his face whipped past. Why did he seem so familiar? She had to see his face. She started forward.

Pain radiated down her arm. Instinctively she turned to confront her attacker–the guard–and ducked the next blow. Acting on rage and adrenaline, she snatched the rod from his hand and cracked it across his neck. Without a sound, he went down and lay motionless.