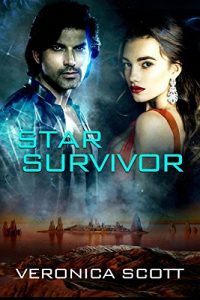 Thank you Veronica for being my first guest for 2017.

Thanks for having me as your guest and I’m honored to kick off 2017 here at your blog!

My latest science fiction romance novel is Star Survivor and has actually been the sequel most often requested by my readers. It’s a wonderful compliment to be asked for sequels but I also wanted to be sure I got it right and did justice to the two characters my readers were intrigued by.

Twilka and Khevan were secondary characters in Wreck of the Nebula Dream, the book I wrote based on the sinking of the Titanic, but set in the far future on an interstellar spaceliner. People definitely wanted to know what happened to them next. This new book is a standalone story but having read Wreck first might enhance the reader enjoyment a bit. It’s not a spoiler to say Twilka, the heroine in this new book, is definitely a survivor, not only of the wreck, but also of other events in her life. She’s stronger than she ever understood.

It took me a while to work out what the future would have held for Khevan and Twilka once they finally escaped the dying ship in the first book. I came up with a couple of romantic suspense type plots but nothing seemed right and I kept setting the project aside. So in mid-2016, I took a step back to reconsider. One of my jumping off points for this story was the realization that a person will probably only ever have one “Titanic” type of event in their entire life. (Certain real crew members of the Titanic were an exception to the general rule but that’s another story for sure). Life goes on and although the person has undoubtedly been shaped and altered by what they lived through on the fateful night, he or she still has to finish living out an ordinary human existence.

So I thought about what changes surviving the catastrophic wreck of the Nebula Dream would have made to someone like Twilka – rich, carefree and previously sheltered from consequences – and then how she’d go on afterward. I looked into the stories of real Titanic First Class passengers who survived the sinking and what they did next, which was interesting and illuminating, as far as choices for Twilka. You asked me about one of my character’s strengths and one of her weaknesses – Twilka is extremely strong as a person and refuses to ever accept defeat. She keeps fighting. Her father is a “generational billionaire” with many children by a number of wives, and I think the reader can infer Twilka has always had to fight to be ‘seen’ and to get her share of attention, time and resources. Her original weakness in Wreck of the Nebula Dream was expecting her social status and riches to solve any problem. Now that she knows better, her weakness is her lingering love for Khevan. Needless to say, things did not go smoothly for them as a couple after the end of Wreck. Or we’d have no story to tell!

The hero in this book is Khevan, the D’nvannae Brother – he’s sworn to serve an alien goddess, as either a bodyguard or a deadly assassin, at the whim of his Red Lady. At the end of Wreck, he and Twilka were together…but again, I had to consider what might have happened to him after the first few weeks of relief at surviving. His weakness is that he can only think of protecting Twilka, no matter the cost to himself, and so he makes decisions without her input on matters that very much affect her. It’s not that he doesn’t respect her or think highly of her abilities. He’s been so shaped by his responsibilities and experiences as a D’nvannae Brother that he can only see one path in any situation. His strength is that he’s a highly trained killer and no one is going to assassinate Twilka while he’s on the job.

One of your standard questions for guests is about what’s most difficult to write – characters, conflict or emotions. Star Survivor has all three elements of course, but for me the characters themselves are the bedrock foundation of any story and their emotions will then direct how the conflicts get resolved. I tend to write an external conflict underlying the plot which puts my characters in a situation where they have to make choices and take action – a lot of action! I’m not a plotter, by which I mean I start off knowing who my characters are, the beginning and the ending of the book, and a few major scenes along the way. Nothing more than that. Then I dive into the writing and let the characters tell me the details of what happens next as I go along. Sometimes the twists and turns will surprise even me!

Here’s the story of Star Survivor:

The survivors of a terrible wreck meet again—but this time only one can survive.

They survived an iconic spaceship wreck together. She never expected to see him again … especially not armed to kill her.

Twilka Zabour is an interstellar celebrity. She built on her notoriety as a carefree Socialite who survived the terrible wreck of the Nebula Dream, and launched a successful design house. But now the man who gave meaning to her life, then left her, is back–this time for the worst of reasons. Will he kill her … or help her survive?

D’nvannae Brother Khevan survived the Nebula Dream in the company of a lovely, warm woman, only to be pulled away from her, back into his solitary life in the service of the Red Lady.  Now Twilka’s within his reach again–for all the wrong reasons. Khevan will do everything within his power to discover why Twilka has been targeted for assassination, and to save her.

But Khevan is not Twilka’s only pursuer. Will allies Nick and Mara Jameson arrive in time to aid the couple, or will Khevan and Twilka’s ingenuity be all that stands between them and death?

And a very short excerpt for you:

The dreams she couldn’t escape for long were especially bad tonight. Twilka tossed and turned on the huge bed in the city’s most luxurious hotel, more than a little afraid to seek more sleep. She’d clawed her way out of the nightmare where she was surrounded by laughing, faceless drunks, intent on living their last few hours of life aboard the Nebula Dream by passing her around among themselves. In the dream, there was no help coming, no rescue, and she woke screaming. Heart pounding, she lay still for a moment before reaching for the glass of water at the bedside. Should she take the meds her doctor had given her to suppress the memories?

No, the prescription stuff made her into a robot who’d sleepwalk through tomorrow’s activities, and she needed all her wits about her in the negotiations. Taking the glass, she kicked her way free of the covers and strolled barefoot to the private terrace, high above the planet’s surface. Inhaling a deep breath of the flower-scented air, she took one tentative step onto the balcony, clutching the door handle with her free hand. Acrophobia was a bitch. As she sipped the water, she reflected on the irony that she, of all people, was reluctant to take a drug to quell the nightmares. “A legal one no less,” she muttered to herself. After years of enjoying all the feelgoods all the time with no regard for consequences.

The view of the city was breathtaking, all colorful twinkly lights at this hour. Raising her eyes to the plateau, she took a deep breath. The Red Lady’s oversize temple dominated the horizon, glowing ruby like a baleful eye. Shivering, wishing she’d put on her robe, Twilka pivoted to re-enter the room. With a stifled scream, she saw a dark shadow standing beside the bed. Breaking the water glass on the door frame and holding the jagged base fragment as a weapon, she said, “I’ve activated my personal panic button. The hotel’s security detail will be here in a minute. Leave now and I won’t press charges.”

He stepped into the moonlight. “We need to talk. Cancel the alarm.”

Khevan. She sagged against the balcony door, allowing the broken glass to roll from her hand onto the carpet. “I told you, we have nothing left to discuss. Anything between us died a long time ago.”

There was pounding on the door. “Miss Zabour?”

He didn’t even glance at the portal, intent on her. “Send them away.”

What’s next for me? I’m currently writing the sequel to Star Cruise: Stowaway, which was a novella that appeared in the Pets In Space anthology. Then I haven’t decided what next, although I will say more sequel ideas for Twilka and Khevan keep coming to me now! 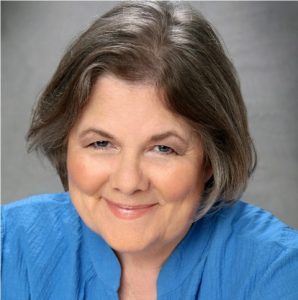 Best Selling Science Fiction & Paranormal Romance author and “SciFi Encounters” columnist for the USA Today Happy Ever After blog, Veronica Scott grew up in a house with a library as its heart. Dad loved science fiction, Mom loved ancient history and Veronica thought there needed to be more romance in everything. When she ran out of books to read, she started writing her own stories.

Three time winner of the SFR Galaxy Award, as well as a National Excellence in Romance Fiction Award, Veronica is also the proud recipient of a NASA Exceptional Service Medal relating to her former day job, not her romances! She recently was honored to read the part of Star Trek Crew Member in the audiobook production of Harlan Ellison’s “The City On the Edge of Forever.”

One thought on “The Star Survivor by Veronica Scott”