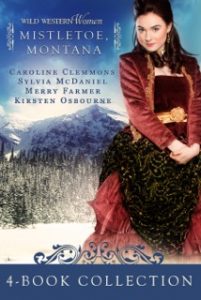 Many women cringe when they hear the word and few know of how they sacrificed so that we could have the rights we have today. I”m not talking about just the right to vote, but the right to have a bank account, own land, have custody of our children, and make our own decisions regarding our well being. Back in the 1800’s women didn’t have these rights and a young woman’s father made all her decisions for her until she was married. Then those rights were passed to her husband. And if there was abuse, that was her lot in life and she’d better accept it. If she’d didn’t, she would lose her children if she left her husband.

To obtain the rights, we have today, many women before us had to stand up and shout and be heard. Those were the suffragettes. One of my favorite research books is called Women Together: A History in Documents of the Women’s Movement in the United States by Judith Papachristou. The Women’s Movement began in the 1830’s. In churches women gathered to fight slavery and soon realized their own inequality.

While my stories are all fiction, I like taking strong women and putting them in precarious situations where they learn and grow. In my Scandalous Suffragette series the women all go to jail for marching on a Boston bank that refuses to give them bank accounts. College educated women, my heroines soon have to choose between love and their cause.

Mistletoe Scandal is the latest in the Scandalous Suffragette Brides and is part of the Wild Western Women Box, Mistletoe, Montana box set. Currently, the price is .99 cents. Here is an excerpt:

Leaning against his sled with his arms folded across his chest, he watched the woman coming toward him. He knew her type. She was fanciful and bold and knew the effect she had on men. He’d seen women like her use their control of men and even experienced their effects himself. After all, he’d been left waiting at the altar by a woman like her. The very reason he’d moved to Montana.

He would deliver Miss Walsh and then drive home to the safety of his ranch. Staying away from James and his family until his niece left town.

“Miss Walsh,” the newspaper man said, hurrying toward her. “Welcome to Mistletoe. May I take your picture for the newspaper?”

The preacher posed with Miss Walsh, smiling into the camera as the newspaper man lifted the fancy gadget around his neck to his face. With a pop and a flash, the camera took the photo.

Seth glanced uneasily at the sky. They didn’t have time for this nonsense. They needed to get on the road or face a very cold, snowy drive.

“How long are you visiting your uncle?” Tom asked.

“I have to return to New York after the first of the year,” she said.

Seth chuckled. Had anyone ever told this woman that sometimes the trains didn’t run because of snow on the tracks? She’d be doing good to get a train out of here in January.

“Miss Walsh, what are your plans while you’re visiting Mistletoe,” he asked.

“To visit with my aunt and uncle.”

The newspaper man’s questions were ridiculous and wasting time. It was time to go.

“What about the future? What are your plans after you leave here?” he asked.

Everleigh smiled and the men around her stared in adoration. “I’m going to work for the New York Times.”

Seth looked at her. Oh yeah, she was exactly what he thought. A highfalutin woman who wanted a career.

“Let’s go,” he said, waiting to help her into the sleigh.

She continued to talk to the newspaper man while the sun was being obliterated by clouds rolling across the sky. Most definitely, a storm.

They should have been on the road an hour ago. “Let’s go.”

She ignored him. He walked around to his side of the sleigh, got in, and snapped the reins. The sleigh started to pull away.

“Wait,” she called, suddenly springing into action hurrying after him.

That had gotten her attention. He stopped the sleigh. “You ready to leave now?”

Frowning at him, she climbed into the sleigh. “Shut up and let’s go.”

3 thoughts on “Suffragettes by Sylvia McDaniel”