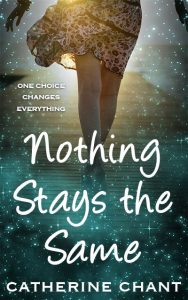 I currently write young adult time travel. I write time travel because I fell in love with Outlander when I first read it back 1991, and I’ve always been fascinated by images of the past. I would love to be able to go back in time to look around, not necessarily live there, but see what things were like and how things have changed. I’d love to visit my own past just to remind myself about things that happened, now that those memories are fading with age.

I think I write young adult because it’s a time in my life I remember quite fondly. The characters and situations seem to come naturally to me. I loved high school much more than college. Maybe writing about it is my way of going back in time for a little while.

My currently series is the Soul Mates series. It’s what I call a rock ‘n’ roll time travel series. The first book, WISHING YOU WERE HERE, is set in 1957 and centers around a teen idol with a meteoric rise to fame similar to Elvis.

The second book, NOTHING STAYS THE SAME, is set in 1973 and centers around a made-for-TV pop band like The Monkees. A possible third book in the series (I’m still toying with the idea for it right now) would probably be set in 1988 and center around a British heavy metal band.

Probably the rough draft. I hate the blank page. It feels so intimidating. That said, I love during the rough draft phase when I’m surprised by a new plot point I hadn’t thought of when I first sat down to write the story.

loved editing and revision. I find this much easier than writing the rough draft. I love playing with words and rearranging scenes so that everything flows.

Yes, I have two. Women’s fiction author Kathleen Paterka has been my critique partner for about 12 years. We write different genres, but I think it’s good to have multiple perspectives on your writing. My second critique partner is author Charlotte Copper who also writes young adult romance. We just met this past year. I have several writer friends I exchange chapters with for feedback as well. They usually don’t go over the whole book, but read the first few chapters and let me know if I’m on the right track.

I love whipped cream, so anything that incorporates that into the dish is winner. Things like ice cream, cheesecake, or layer cakes with whipped cream frosting…yum! I love pretty much all desserts. As long as it doesn’t have raisins, I’ll probably eat it.

You’ll all be relieved to know the answer is “Not very.” 🙂

I like to use names of friends as secret nods of them in my books, either as a secondary character or the name of a business, but none of the characters in my books are based on real people. They might be inspired by real people, like how Eddie Cochran was the inspiration behind WISHING YOU WERE HERE, and The Monkees are part of the inspiration behind the made-for-TV band in NOTHING STAYS THE SAME, but the characters themselves are completely fictional.

So, although I own a mug that says if you anger the writer I’ll put you in a book and kill you, I haven’t done that yet. 🙂

My favorite genre is mystery/suspense. I never miss a Harlan Coben novel or ones from Brenda Novak. Some of my other favorite suspense authors are Lisa Scottoline, Diane Chamberlain and Laura Lippman.

I actually read across all genres. I like to expose myself to as many different types of stories as possible to expand my horizons, so to speak. I think you can learn a lot from reading how different stories come together. The only genre I don’t read is high fantasy. I like my stories based on a world I’m already familiar with, if possible.

Just write. Write whatever you want. Don’t worry about what’s popular now. Trends come and go and come around gain. Don’t overthink the “rules,” either. Write from your heart. Write the book you want to read and your passion for the story will shine through. Don’t worry about mistakes. You can always fix that in revisions. 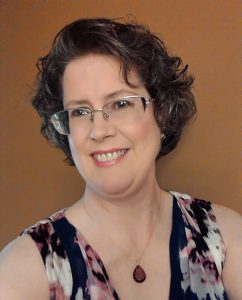 Award-winning author Catherine Chant is an active member of Romance Writers of America and a Golden Heart® finalist. She writes rock ‘n’ roll romantic fiction and stories with paranormal twists for young adults. You can find out more by visiting her website at http://www.CatherineChant.com or connect with her via social media:

NOTHING STAYS THE SAME, the Soul Mates series

One choice changes everything…

In 1973, The Beat Detectors are the hottest TV pop band to hit the airwaves since The Monkees, thanks to the appealing vocals of rising teen idol Ronnie Basford. But behind the scenes, not everything is rainbows and unicorns. Ronnie realizes much too late that one bad decision can ruin your whole life.

Forty years later, Ronnie is dead from an apparent suicide and his sixteen-year-old son Brennan wants answers. All his life Brennan’s never seen his father happy and needs to understand how it all went so wrong. When he finds himself dropped back in time, to the set of his father’s hit TV show and into the midst of a disintegrating band, he’s determined to redirect the course of his father’s life and create the happy ending Ronnie deserved.

Soccer star Leah Reinard has been crushing on Brennan Basford for ages. When they end up at the same summer job, she thinks the fates have finally aligned in her favor. That is, until Brennan suddenly disappears from existence. One day he’s there, the next day, he’s gone. And no one but Leah even remembers him.

Brennan’s attempts to save his father are inadvertently wreaking havoc with the present day. Can Leah find Brennan in time to stop him from ruining both their futures?

BRIEF EXCERPT (500 words) from NOTHING STAYS THE SAME

The Beat Detectors. His father’s biggest success and, Brennan guessed, his biggest regret because he never spoke about it with any sense of pride or joy. Not the way his mother talked about her days as Britain’s top child star.

He flipped through the pages of the first notebook. It would take him a while to finish, and he wanted to, but right now his head ached.

His heart ached, too. Would this horrible feeling ever go away?

He rubbed his eyes and spotted his father’s watch under a pile of loose papers in the corner of the desk. He dragged it across the surface by his fingertips, his pulse beating twice for every tick of the second hand. His father had always worn this watch. So why was it here?

Because he’d known he wasn’t coming back?

Something squeezed inside Brennan’s chest and he ground the heels of his hands into his eye sockets to try to make the thought go away. He wanted to believe it was an accident. Why couldn’t it be an accident?

“Why did you do it, Dad? Why?” The rage built up inside again, ready to explode. “WHY?”

Brennan’s foot shot out and connected with the open drawer that had held the notebooks. An awful bang reverberated through the whole desk. Then a different sound, one of metal on metal, rang up from the drawer. He peered down into the space.

A panel at the back had fallen forward. Not like a secret compartment or anything, but a flimsy divider for folders. He went to push it into place, but it wouldn’t go all the way back. He tilted the divider forward. Behind the piece of metal sat a thin box standing on its end.

As he lifted it out, the cover slipped off, revealing a small reel-to-reel tape. The tape didn’t have a label on it, but on the underside of the cover, between two split corners, he spotted something written in faded pencil.

He held the cover to the light.

“Starman” it said in block letters. Then below that, the words “Orbit of Your Love” and a date, but he could only make out the year. 1973. This wasn’t any Beat Detectors tune he’d ever heard of, or a Ronnie Basford single; although with a corny title like that, it was probably an outtake from his solo album.

He set the tape aside, tried to go back to the notebooks and forget the pain throbbing behind his eyes, but the tape sat on the desk, teasing his peripheral vision. Something about it nagged at him.

“Fine,” he finally said to the empty room, “I’ll listen to it. Is that what you want?”

No answer, of course. Did he really just say something out loud as if his father could hear him?

“I’m going crazy,” he muttered, but he couldn’t ignore the sudden feeling of urgency that came over him. He needed to know what was on this tape.

One thought on “A Visit with Catherine Chant”