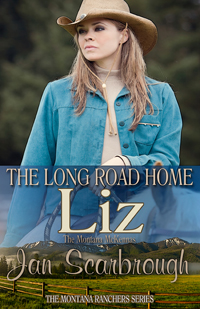 I went to college to become an English teacher, because I liked to read and write thanks to a ninth grade teacher. I was afraid of actually writing a novel, afraid of failure, until I was nearing forty and almost died because of an illness. That’s when I decided I’d better start making my dream happen, because I might not be given another chance.

I have written in three genres. Most of my books are contemporary romance. Why? It doesn’t require as much research. Oh, sure, contemporaries require some—like finding out about Professional Bull Riders or a Montana dude ranch—but on the whole they are easier to write. I have written one medieval romance called My Lord Raven. It is on vacation now because I received my rights back from a small publisher. My goal is to refresh and self-publish it early in 2017. Finally, I’ve written two Gothic romances with historical flashbacks and paranormal elements. I enjoyed reading Gothics as a teenager, and this genre feels natural to me. Timeless and Tangled Memories are two of my favorite books.

My most popular series is called the Montana McKennas with romance author Maddie James. Over time we developed the idea of a Montana family complete with a patriarch, James, and his second wife, Liz. I was tasked with writing the first book about stepbrother Brody, a Professional Bull Rider. Then Maddie wrote about James’ children—Callie and Parker—by his first wife. The end of the series was to be the story of Mercer, James and Liz’s daughter together. But then I decided to give Liz her own story.

The books are sweet to sexy:

The character of Liz in the Montana McKennas series was left without a happily-ever-after ending. I thought she needed one. Besides, I enjoy writing about older heroines. Liz at the time of the story is fifty-five.

Frankly, I enjoy the control of self-publishing. I pay for a nice cover and a good edit. Then my husband formats and uploads the books for me. You can’t beat it! I was tired of trying to please editors at traditionally publishing houses. When I went to a small press (my Bluegrass Reunions series) I could write what I wanted, but still was without control over pricing and promotion.

I am working on a series called Bluegrass Homecoming, set in my home state of Kentucky. And as mentioned earlier, I plan to re-issue My Lord Raven in 2017. I just vacationed in Montana. Who knows? A brand new Montana series may be coming also in 2017.

Write. Finish the book. Write some more. I believe my biggest growth as a writer came when I worked with the editors of the small press. The more I worked with the professionals, the more I learned. Also, don’t be afraid to re-write. Your words are not golden. You can always do better.

Are you a member of any writing organizations and, if so, have they helped

Several years ago, I sold two small category books to Kensington, a New York publisher. Because of those sales, I was able at that time to join Novelist, Inc., the professional network for career novelists. Their conferences are informal and informative. This group was one of the first to embrace self-publishing and feature it at their conferences. They keep me up-to-date in the field of publishing. 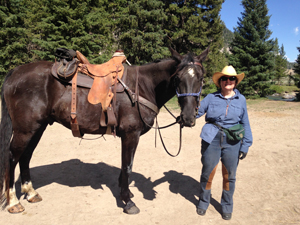 Jan Scarbrough is the author of the popular Bluegrass Reunion series, writing heartwarming contemporary romances about family and second chances, and if the plot allows—horses. Living in the horse country of Kentucky makes it easy for Jan to add small town, Southern charm to her books, and the excitement of a horse race or a competitive horse show. A member of Novelist, Inc., Jan has published with Kensington, Five Star, ImaJinn Books, Resplendence Publishing and Turquoise Morning Press.

Charles Martin Kingston pulled off the main road into the parking space beside his half-brother’s twenty-five million dollar beach house. Fronted by the Pacific Ocean with views of the mountains beyond the highway, the six-thousand-square-foot luxury home had been his brother’s peace offering to his second wife.

His own track record wasn’t much better. He’d married once and divorced once, vowing never to get tied up with a crazy woman like Adrianne again. From the first, he should have been wary of her because she came with baggage from one failed marriage—twin daughters Alena and Amalee. God, he still couldn’t tell those girls apart, even though they’d turned twenty-one and he’d known them for fifteen years.

The only good to come of his marriage was his daughter Ashleigh. Fifteen—going on forty—she was the light of his life. But she was her mother’s daughter more than his. Hooked on glamor and fashion, she knew every pop trend that, of course, she tweeted, blogged, or whatever kids today did to call attention to themselves. Chaz had kept her out of her mother’s reality TV show so far, but it was getting harder to do.

Alena, Amalee, and Adrianne Wade (she’d taken back her first husband’s name) were big stars in the celebrity world. Famous for being famous. No real talent except for making themselves the objects of curiosity for paparazzi and gossip magazines. Chaz didn’t want that for his daughter.

That’s why he needed to see Ashleigh more often. Make time. Not skip his visitation. But it was all so complicated. His life. His job. This business he was in, trying to make it in the ruthlessly competitive world of Hollywood. He was constantly trying to keep ahead of the sharks that would eat him alive if he didn’t remain current. Find the next trend two years before others knew it existed. Be the first with the best script. The best ideas.

Chaz sat a moment in front of his brother’s dual garage entrances. He expelled a breath, opened the car door, and stepped out onto the pavement. California sunshine struck him with its familiar fierceness. He squinted into the glare, wishing he’d brought his sunglasses. The roar of the ocean almost drowned out the rumble of cars driving past the beachfront house.

Except for Ashleigh, Dalton Kingston was his only family. Ten years his junior, Chaz had always felt close to his brother. But even that closeness had frayed lately.

Chaz worried about him. About the anger and despondency that ate away at his brother’s life. About the fact that he hadn’t answered his cell phone in two days.

Why did it seem as if he’d lost control of everything? If he wasn’t careful, he’d end up as miserable as his brother.

One thought on “An Interview with Jan Scarbrough”