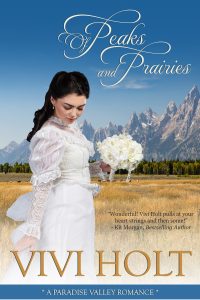 I always wanted to write, but didn’t believe in myself enough to take that step.

Then, last year, actually almost exactly a year ago, my daughter told me about something going on at school, and I said to her, “let’s write a story about it.” So, we sat down together and wrote a story. Then, I thought, it would be fun to publish it, so I found an illustrator and we went from there. I wrote three more children’s books under my own name, Bron Whitley, before I decided to start writing sweet historical romance under the name Vivi Holt.

It’s so much fun, I haven’t looked back.

My favorite part of writing is the actual writing. I love writing the story. All of the other things about writing and self-publishing can weigh you down, and get a bit stressful at times, but the writing part is what I enjoy. I also love that reading is now part of my job. I can legitimately say I’m working as I lay in bed with a good book. That’s pretty great.

I really can’t stand editing. Once the story is finished, I’d love to just hand it to someone who would magically transform it into a complete masterpiece without me having to do anything! That would be amazing. Instead, I have to go back and forth with my beta readers, and my editor, and fix everything, make changes, and make sure it all flows. It’s very painful. Although I’m extremely grateful for all of them, and I end up with a better story for it, I just hate making the changes to the manuscript. Augh!

Tell us about your current series

Of Peaks and Prairies is the first book in a new series called Paradise Valley. There is actually a real valley in Montana, called Paradise Valley, and when you look at pictures from the area, it’s just spectacular. I can only imagine what it would have been like for early settlers to arrive there, in covered wagons, and make it their home. As beautiful as it is, I’m sure it would also have been a hard journey for them.

I recently released the second book in the bestselling Cutter’s Creek series. Cutter’s Creek is an ongoing series set in an idyllic town in historic Montana Territory, written by four different authors. I liked the idea of starting a series of my own that was set in one location, with characters that appear consistently throughout the series as well.

So, I decided that I would take the main characters from my first Cutter’s Creek book, and create a spinoff series around them – after their wedding. Of Peaks and Prairies follows Sarah Songan and Bill Hanover, as they establish their new life together. It also introduces a host of new characters, including two new main characters, who I’m sure you’ll grow to love, and all of them will together be a part of the Paradise Valley series.

It’s a sweet, historical romance series. Not only will there be romance, there will be plenty of action, adventure, intrigue and drama as well. So far, I’m having a great time writing it.

Of Peaks and Prairies

Genevieve Waters-Ewing walked from the church with her hand resting lightly on Quincey Ewing’s raised arm. He’d shaved for the first time in months, and she glanced with distaste at a scratch on his cheek where the blade had nicked his weathered skin. Her whole body trembled, and she fought hard to push down the sobs that threatened to escape her aching throat at any moment. He turned to face her with a grin, his ten gallon hat perched unevenly on his square head.

The minister who’d married them was so old and frail, and his hearing so bad, each time she shook her head and shouted ‘no’ during their vows, he simply nodded with a toothless grin and continued on with the ceremony. If she tried to run, Quincey held her close and pinched her arm. In the end she stood her ground, confident that the law would never uphold such a marriage — until, that is, her new husband forged her signature on the certificate of marriage. Now she wasn’t so sure.

She glared at him as her stepfather came up alongside her.

“Congratulations Genny, you’re a married woman now. Isn’t that what you’ve always wanted?” He chuckled, she caught him winking behind her back at his childhood friend – the man who’d just been pronounced her husband.

“Well, at least it’ll get you out from under my feet,” he continued. “I can’t be payin’ for yer upkeep forever. Your Ma done died on me, leavin’ me with a rug-rat I never wanted, and now it’s time for you to find yer own place in life. Can’t say as I’ll miss ya much, ‘part from the cookin’ an sech of course, but I’ll find a missus to do that soon enough, with you out of the house. ‘Course, you’re not goin’ far — just across the way. I’m sure you could find it in yer heart to help me out a time or two.”

They’d stepped out into the bright Texas morning, and Genevieve squinted her eyes against the sunlight that streamed down through a faint fuzz of thin clouds above. She cast her gaze about – they were on the outskirts of Fort Worth, Texas, and she could see the plains stretched out before them. The town pushed toward the openness, threatening to civilize its bluffs, rises and hollows. Chaparral tufts littered the landscape, sheltering hare and various rodents, and giving the plains an unkempt look. She smoothed the skirts of her burgundy plaid dress. It was the nicest dress she owned, even so it was well worn, and pulled tightly across her chest and hips where she’d grown in recent years. A long line of small buttons ran up the front of the bodice. The sleeves no longer reached her wrists even when she tugged at them, and her stays pinched her tiny waist. She sighed.

“If Ma knew what you had planned for me, Fred, she’d roll over in her grave.” Genevieve caught a sob, and pushed it back down with a grimace. 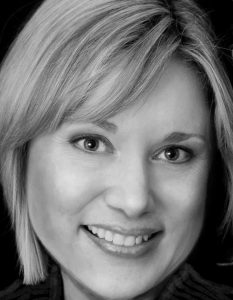 “The plot kept me enthralled and the pages turning”
“I cried and laughed”
“What an awesome ending. Can’t wait for more!!”

Vivi lives in beautiful Brisbane, Australia with her husband and three young children. Growing up on a farm she learned to love the country life and now she writes about it in her books. History has always fascinated her as well, so writing historical romance seemed a natural progression. She loves horse-riding, hiking, and reading.

Her goal is to write touching, emotional and sweet romance stories that captivate the reader and transport them back in time.

Buy Of Peaks and Prairies