Thanks for inviting me to be a guest on your blog, Cynthia!

The only thing standing between Angie and her happily ever after is the stubborn man she’s in love with…and a deadly group of criminals.

Matthias has a brilliant mind, and a stubborn belief that you have to take life as it’s dealt.

Angie believes anything is possible, and is impatient with people who let love override sensible thinking.

Here, I have to say I believe in magic because the stories simply come from my fingertips. Honestly, I rarely know what’s going to happen until it’s happening on the page. My characters constantly surprise me, and I love it.

The series began as loosely connected stories with a common theme of “everyday women stepping up and showing courage in the way they lived their lives.”

The theme has stayed, but the characters took over in about book #3, and informed me they were around to stay. So now within the series, you’ll find familiar faces from Meyers, and ETCETERA.

Meyers is a family-run security company operating out of their family ranch in Texas. ETC is a clandestine agency made up of scientists, security specialists, psychics, telepaths, etc.

More books in the Intrepid Women Series, with #7 coming out in late October (2016). I’m also working on a non-fiction book for writers, as well as a special project for a cat rescue group.

My first rejection—on the first book I ever wrote—was exactly what I needed to keep me believing that maybe one day I would be an author, not just a writer. A very well-known and respected agent wrote me a lovely note saying that although my work was not yet ready for publication, I was “clearly a gifted storyteller.”

I continued to work very hard at learning the craft of writing while holding those four special words close to my heart.

Every note from a reader saying they enjoyed my book. Even just a few simple words will have me grinning for hours. (Reviews can cause happy-dancing in the writing cave.)

Don’t give up. Finish that book, put it aside, and write a new one. Skiers headed for the Olympics don’t just strap on skis and conquer the world. They practice over and over and over again. Writing takes the same kind of dedication and hard work. Trust me, if you pick up manuscript #1 after you finish writing ms #4, you will be able to see the improvement.

So put your fingers to the keyboard and write, and write and write.

Angie resisted the impulse to argue. Their relationship had been on his terms for years, and for a very good reason. But this time Dr. Matthias Alejandro Martinez was just being stubborn.

And she still had four months to strategize. To convince him how important it was to spend Christmas at the ranch with her and their son. Until now, she’d never argued, never asked for anything, believed she had no choice but to go along with him because that’s what you did when you were in love with a heart-stoppingly gorgeous man who didn’t exist in the real world.

He reached out with the sureness of an old lover and ran a fingertip along her jawbone, cupped her chin. “Will you kiss me goodbye?”

He always asked, never took. And, dammit, she couldn’t look into those serious blue eyes and deny the man anything. He’d been making her crazy for years, so why would it change now? She lifted to her tiptoes, and slid her fingers into the thick, unruly hair brushing the back of his white collar. “I hate you,” she said and dragged his mouth down to hers.

“I know.” Hands on her butt, he lifted her off her feet, and just when she was afraid the top of her head was going to blow off, the vibration of his cell made her groan.

“You programmed that, didn’t you?”

He set her down with a sexy chuckle and slipped on heavy, black-rimmed glasses to check the display. “I have to take this.”

“No worries. I need to be gone anyway.”

Before she could turn away, he caught her hand, ran his teeth across the knuckles, then put the phone on speaker. “Martinez, stand by.”

Angie closed the door softly behind her and made it halfway to the stairwell before she stopped. She could go back, make him understand how important Christmas was for her, why she was making plans in September. She gave her head a shake. No. And no point standing here looking like an idiot, either. Every inch of this place was on video monitor…except for the offices, washrooms and private suites. ETCETERA acknowledged few boundaries, but certain privacies were respected.

By the time she traversed a complex network of tunnels and reached the secure warehouse where her ride was stashed, she’d managed—as always—to put things in perspective. She loved a man who couldn’t follow the regular rules of relationships. A man who lived outside societal norms, underground—literally—and she was one of the few people who even knew he was alive.

Pre-order now at the sale price, for an April 30th delivery from: 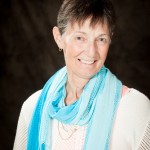 Kickass women and the men who dare to love them.

One thought on “A Visit with Kathryn Jane”