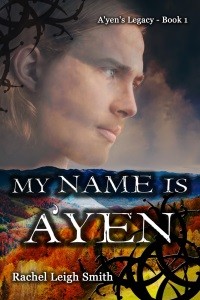 How did you get started writing?
I come from a long line of writers. In grade school, I decided there was an awful lot missing between the kiss on the beach and the wedding in The Little Mermaid. So I wrote the missing parts. Sadly, it’s long since lost in a move. Not that I’d show it to anyone now! I’d be too embarrassed.
When my mom found out about it, she decided to make creative writing part of our homeschool curriculum. I later did a class through our support group, then wrote fan fiction in high school and just after. I started creating characters of my own in high school, and buckled down to learn novel writing in 2007.

Tell us about your current series.
My current series is a paranormal sci-fi romance series called A’yen’s Legacy. It was born out of a dream, on the night of what I should’ve been celebrating as my fourth anniversary. The title character, A’yen, exists in the current timeline of the series as well as in the past.
It’s the story of an enslaved alien species fight to regain their freedom. The current A’yen is doing his best to undo the legacy of his namesake, who surrendered and put them in slavery.
It’s a hero-driven series, with tortured heroes as the leads. If his scenes are your favorites in romances, I’ve got just what you’re looking for!

What inspired your latest book?
My latest release, Freedom’s Embrace, is A’yen’s Legacy #4. I met the hero while writing #3, and knew he had a story to tell. So I dug into his background, and what I learned changed the series. Taran is one of my aliens, a slave, and he serves the prince of Marcase—the humans who enslaved Taran’s people thousands of years ago. The prince, and his older brother the emperor, want to see Taran’s people freed. But their fellow Marcasians aren’t making it easy.

What is your next project and when will it be released?
My next release is in May, A’yen’s Legacy #5, Hidden In Ashes. It was inspired while I read Acheron by Sherrilyn Kenyon, and asked myself a what if question. What if someone was as trained as Acheron, but it gave him power instead of making him a slave? Lorin was born, and I love him dearly. He’s my crit partner’s favorite hero that I’ve written to date.

Where do you get the ideas for your stories?
They’re born out of the characters, who always come first. My imagination never shuts off, and I constantly have things playing in my head. It’s like a movie theater with a never-ending reel. I just sit back and watch. When I come across something interesting, I’ll focus on that and let it develop.

Tell us about your hero. Give us one of his strengths and one of his weaknesses.
A’yen is a warrior. Not in the military sense, but in the sense of what drives him. He’s been loved to the point of sacrifice—and he’ll settle for nothing less when he falls in love again. His greatest strength is also his greatest weakness, and that strength is his devotion to those he cares for. It gets him into serious trouble in My Name Is A’yen, and he almost dies.

What genres are you drawn to as a reader?
I’m a dyed in the wool romance reader. I read a lot of historical romance from the time I was 10, until I turned 30, with some romantic suspense thrown in. Then I discovered paranormal romance, and it’s been pretty much all I’ve read for the last three years. Everything I want is in every book, and deciding what to read sometimes takes an hour or more with my TBR shelf on Goodreads.

What are you currently working on?
Hidden In Ashes is with my editor right now. I’m also in the final section of my first straight paranormal romance, a shifter one with an Egyptian mythology. It’s called To Hold A Siren’s Heart and will be out in October.
What’s next for you?

I’m gearing up for the release of Hidden In Ashes, and planning my trip to RWA Nationals in San Diego.
What is your favorite dessert/food?
I’m a chocoholic. What writer isn’t? :D I’m sitting here doing this interview while drinking hot chocolate. I also love seafood, and I’m so glad I live on the Gulf of Mexico where seafood is cheap and plentiful. Especially shrimp, and crawfish has just come into season. It’s not seafood, but it is a Louisiana favorite and so good fresh boiled and still steaming when it gets dumped on the table in front of you.

Excerpt from My Name Is A’yen:

Apples. Her hair definitely smelled like apples. And the shiniest black he’d ever seen. Dark as a starless night. She clutched at his arms to keep from falling, her fingers wrapping around his markings. But it didn’t hurt. In fact her touch barely registered on them.
Another sign his body liked her. A little too much for this point in their relationship. He wasn’t ready to let go of Master. Too bad his cellular chemistry wasn’t listening.
The feel of her pressed against him sent heat coursing through his veins. If he didn’t get some distance between them—fast—he’d do the other thing post-marking males of his race were known for and give in to the need building in his cells to have her hands manipulate the electrical energy in his body—the other reason why going without cascades was so hard.
He stepped back, still steadying her with his hands on her waist. “Whoa there, Doc.” Damn. His voice carried way too much of the heat building inside him. Green eyes stared at him. Her tongue slid across her lips and she pinched her bottom one. She really ought to let him do that.
He jerked his hands away and stumbled backward until he hit a wall. Which closed in on him, sucking all the air from the room. Only her chest moved, heaving in air at a rate to match his. Everything about her begged his hands to explore her curves, taste her fully, and take her to new heights of pleasure.
The door. Where was the door? Had to get out before he suffocated. Oh. Leaning on it. Left hand on the handle, he fumbled with it until he got it open, then backed through it, forced himself to turn around, and ran for the safety of the nearest tree.
Distance. He needed distance between them. To shut off the traitorous longings within. And the signals his body sent against his will.
Shoes crunched behind him and he whirled to find her standing in front of him, hugging herself. “I can’t help it.” The words drifted to him on a whisper. “You’re pulling me like a magnet.”
“I know.” He braced himself against the tree. “I never expected it to happen again.”
“What do we do?” She didn’t come any closer. “And why is it happening now?”
Didn’t matter though. He could still see her as clear as three minutes ago when she’d been in his arms. Still feel her, too. His stupid, weird sixth sense kicked in. He’d locked it up in holding, sick of how it taunted him with what the others there thought about him, what the keeper thought. A’yen knew the exact amount of money the man had made off him because he’d walked down the hall counting it in his head one day. Now it told him his owner found him attractive and wanted to take his shirt off.

If you like what you read in the first one, books 2-4 are available at the vendor of your choice, with #5 coming in May. 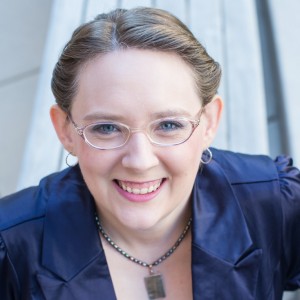 BIO
Rachel Leigh Smith writes romance for the hero lover. She lives in central Louisiana with her family and a half-crazed calico. When not writing, which isn’t often, she’s hanging with her family, doing counted cross-stitch, or yakking about life, the universe, and everything with her besties. There may also be Netflix binging…

She’s a member of Romance Writers of America. She blogs sporadically at www.rachelleighsmith.com, hangs out on Facebook at www.facebook.com/RachelLeighSmithAuthor, and can sometimes be found at http://twitter.com/rachelleighgeek.

One thought on “An Interview with Rachel Leigh Smith”