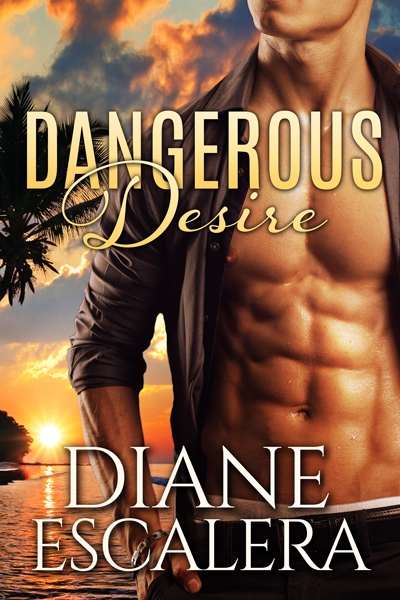 In full view, Cruz stripped off his sweaty black tee and Sienna nearly had a heart attack. Jesus Christ. The men at her gym would’ve despised him. Her eyes slowly drank him in. Good God. He had the sexiest bod she’d ever seen. Taut and tan, his muscles were chiseled in a way that gave his dimensions beautiful symmetry. Tori would’ve been impressed. She’d always preached about the importance of muscle balance. Some men took it to the extreme. Not Cruz. He sported a tapered waist with shredded abs, V-shaped torso, and arms that made her drool because, if she had to pick a favorite body part, arms were it.

He used the dirty shirt to dry sweat off his gorgeous frame. Her eyes followed his movements, stopping at the bulldog tattoo etched on his sculpted pec, with the word Marines below. He’d been in the service, a kickass Marine. How hot!

He busted her checking him out.

She yanked her eyes away. Jeez. Her face probably looked as red as it felt.

Holding up a fresh shirt, he shook it out a few times. The sound of fabric caught her attention. Her gaze slid that way again. Okay. Sound had nothing to do with it. She just had to look one more time. He pulled the shirt over his head. Terrific. Now he wore a white muscle shirt tailor-made for his ripped physique. The thing should’ve been outlawed.

Wearing a sly smirk, he combed his fingers through his short, spiky hair. Running down the inside of his arm below his rock-hard biceps, he had another tattoo, this one with five small Chinese symbols. What a unique spot for a tattoo, and unbelievably sexy, like everything else about him. Even his name sounded hot.

He climbed into the driver’s seat and snapped his door shut. He didn’t look at her, but then, he didn’t have to. She knew he knew what kind of effect that little display had on her. Oh yeah. He had it written all over that smug face. He might be a soaking-wet dream she didn’t mind entertaining on a nightly basis, but she didn’t have to be so obvious.

“Damn,” Cruz mumbled, as he watched her struggle with the belt. He turned on the ignition and flipped the air conditioning to the highest setting.

She looked at his face instead of his sinewy arm. It took willpower, because those arms really did it for her. “Is there a trick?” The mechanism wouldn’t click into place.

“I keep forgetting to get that thing checked,” he said. “Don’t usually carry passengers except for Roman.” He looked back at his dog and grinned. Roman sat on the bench seat patiently waiting to go bye-bye.

“It doesn’t work at all?” She preferred to wear a seatbelt, and not just because of the law. South Florida had some loony drivers.

“It just takes a little maneuvering,” he replied. “Let me give it a try.” He turned all that magnificence toward her and reached across her chest.

Holy crap, he was totally in her face, his delicious body stretched across her lap. Sienna held her breath and pressed her back into the seat. She felt his weight, smelled his soap and baby shampoo. Her every cell fell under his spell. She tried to find her voice. “Any luck?” she squeaked out.

They were eye-to-eye, his mouth so close that if she puckered her lips, that would be it. His gaze traveled downward. He tilted his head like he wanted to kiss her. Uh-oh. She hadn’t made out in years. She probably sucked at it by now. A magnetic intensity pulled her to him, and she had a feeling she’d relearn pretty quickly. Her body buzzed with sexual urgency. Not once in her life had she felt this consumed, this desperate to feel a man’s lips on hers.

Sometimes you have to lose one thing to find another.

Sienna Diaz is desperate to find her missing Beagle, no matter what it costs. She hires Cruz Santino, the best—and hottest—in the business. He’s an ex-cop, dangerous on many levels, which comes in handy when all evidence indicates her beloved pet was snatched to use in a dogfighting ring.

Cruz will do whatever it takes to find Sienna’s lost pet, but he also wants results from the smokin’ hot attraction between them—and he isn’t above breaking his own hands-off-clients rule to get there. However, until he brings her beloved Beagle home safely, he won’t have Sienna’s undivided attention…and affection.

Available Now in eBook and Paperback

Special Price for a Limited Time! 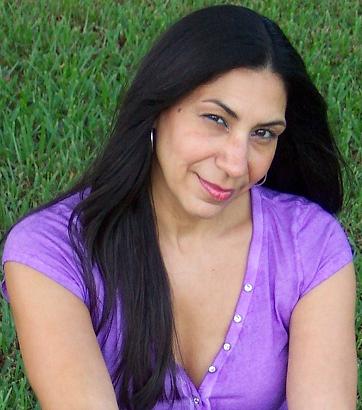 Born and raised in the Bronx, NY, Diane Escalera makes her home in coastal North Carolina. The sultry surroundings are a steady source of inspiration for her hot love stories. Diane is married, has two children and a super cute dachshund she can’t get enough of. She writes contemporary romance and is published with Kensington Publishing and Lyrical Press.

2 thoughts on “Excerpt of Dangerous Desire”