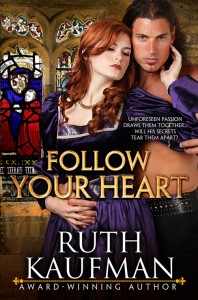 Since I have two day jobs, writing/self-publishing and acting, every day is different. If I have an audition, I get assigned a specific time slot and can’t ask for another time so I can finish a chapter or whatever.  If I have an on-camera or voiceover booking, that comes first. Some on-camera days can be 12 hours or more, so no writing-related work may get done, though I might be able to respond to emails during breaks. I like schedules, so some days I work on writing in the morning and acting in the afternoon instead of bopping between the two.  I think next I’ll divide days into three: self-publishing/promo, actual writing, and acting (including submitting and/or preparing for auditions, self-marketing).

There are so many hats to wear with self-publishing that if I’m getting ready to release something new, I’ll probably have to move forward a bit each day or so. And there’s always more promo/connecting with readers I could do. I don’t necessarily take weekends off because I love my work (well, except some of the administrative s-p stuff).

I started offering a workshop called Taming the Octopus: how I tackled self-publishing without getting squeezed and now consulting because a) there’s such a huge learning curve and so much to absorb b) people started asking for advice.

Overall, budget more time than you think you need. Understand your own skill level for all of the major tasks. For example, can you really design a competitive cover? Know that you will need an editor and probably a proofreader, the questions are what kind and how many passes. Do your best to have a plan of what kind of product you’ll release and how often. The main advice I keep hearing is that it can take multiple books before you see a lot of sales.

Do you or have you belonged to a writing organization?  Which one?  Have the helped you with your writing?  How?

I actually dedicated my current release, FOLLOW YOUR HEART, to Romance Writers of America and my local chapter, Chicago-North RWA. Without the knowledge, networking, friendships and so much more that I’ve gained via RWA, I wouldn’t be where I am know and would’ve given up long ago.

My chapter does verbal critiques. Many of our published authors credit that experience as something that helped them publish. Also, conferences offer great workshops and the opportunity to meet industry professionals and other authors.

Write regularly. I meet so many people who say, “Someday I’ll write a book.” What are you waiting for? If you want to write, write. Take a class. Join an author group. Decide whether you want to pursue traditional publishing and how long you’ll give that, or s-p or both. Keep moving forward. If you write one page a day, you can have a book or a few novellas in a year.

What did you want to be as a child? Did you always know you wanted to be a writer?

I knew since kindergarten I wanted to be an actress. I wrote my first “novel,” a middle grade, when I was in high school. I wish I had a copy of it! But I didn’t really pursue writing until the late 80s, when I started my first book by hand. I let it languish until the mid-90s when I got my first laptop and finished it.

I’m trying something a little different. Most series involve, say, families, or people in a small town. I’m doing a time-based series where each book is a standalone. So the first is set in 1453, the next in 1460, and the third in 1463. This way the couples change without overlap, but the historical figures and some settings continue where each book left off.  I call it Wars of the Roses Brides.

I should be releasing my next medieval, the third in the Wars of the Roses Brides series, over the summer. I also have something else that should release in July I’m not quite ready to share because details are being finalized (hope you’ll stay tuned via www.ruthkaufman.com!), and haven’t yet decided what timing is preferable for releasing more than one thing at a time. 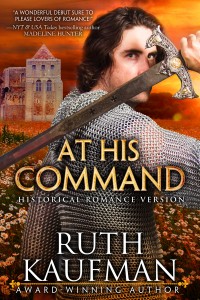 I actually released two versions of AT HIS COMMAND. One is mild/sweet and inspirational, and won RWA’s Golden Heart® award. The other, which I call Historical Romance Version doesn’t have a faith element and opens the bedroom door.

Could she defy her king for love?

The king sends Sir Nicholas Gray to protect the recently widowed Lady Amice Winfield from undesirable suitors. Though Nicholas intrigues her, she yearns to run Castle Rising without a man’s control.

At court, the king and queen choose a husband for her. How can she follow the king’s command when she’s a scribe for his rival? Can she marry another man when she’s falling in love with Nicholas?

Excerpt: AT HIS COMMAND

Sir Nicholas Grey’s scout leaned forward in his saddle, holding up two fingers to let the others know two horses approached. Nicholas heard only the slight jangling of harnesses blended with wind rattling through the trees, but relied on his scout’s uncanny ability to hear what no one else could.

He and his eight men sat alert, deep enough in the forest to avoid being seen while maintaining a clear view of the road through leafless branches. Nine armed men could frighten travelers. ‘Twas best to let them pass.

Each man watched, each horse sinking deeper into chilling mire as a mud-covered, black palfrey plodded over the rise in the road, its long mane whipping in the frigid winds.

“No rider,” Martin, the scout, murmured.

“Look again,” Nicholas replied. At first he too had thought the horse was riderless. Now he could see a woman collapsed on the animal’s back. Her dark hair draped down its flank, mingling with the horse’s mane. The palfrey placed each step as if trying not to jostle its burden.

Another horse, this one a brown rouncey ridden by a thin, balding man, galloped after the palfrey. A look of triumph brightened the man’s face as he spotted the horse ahead of him. He bent forward, extending his hand. Fingers like talons grasped the woman’s tangled hair.

Amice Winfield jerked awake. Agony forced her head back, allowing her to see the man who gripped her hair as though he’d perish if he let go.

She screamed. Arrows of fear pierced her as she clawed at his fingers. Her horse bolted, leaving her dangling from Harry’s hand by a small clump of hair. The long strands held for a few seconds, then tore from her head.

Pain seared her scalp. She dropped into a puddle. Stunned by her fall and her stinging head, Amice could only stare at her tormentor while freezing water soaked her clothes. How she hated him. How she regretted her desperate flight from home. But what other choice did she have?

Harry gaped at the dark tresses hanging from his hand. He threw them to the ground as she struggled to rise. Panic gripped her as his hostile glare changed to a slow, confident smile.

“There’s nowhere to run. I’ll catch you if it’s the last thing I do,” he vowed. He leapt off his horse.

Amice tugged her sodden skirts, trying to haul them out of the puddle. Where was her mount? Too far away to reach without being caught, weighted down as she was. Sprays of water flew as she heaved her skirts over her arm. Heart racing, she ran for the trees. A branch snagged her. With a cry of frustration, she pulled the wet wool until it wrenched free.

Ignoring twigs tearing at her skin and icy mud that sucked away one of her shoes, she forged ahead. She gasped for air as she plunged into a tiny clearing, then came to an abrupt halt at the sight of a group of mounted men. 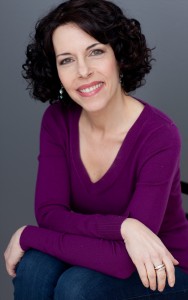 Ruth Kaufman is a Chicago author, on-camera and voiceover talent and freelance editor and speaker with a J.D. and a Master’s in Radio/TV. She loves peanut butter and chocolate milkshakes, singing in a symphony chorus and going to the theatre.

FOLLOW YOUR HEART, the standalone second book in her Wars of the Roses Brides series, released in April. Writing accolades include Romance Writers of America® 2011 Golden Heart® winner and runner up in RT Book Reviews’ national American Title II contest.

2 thoughts on “An Interview with Ruth Kaufman”