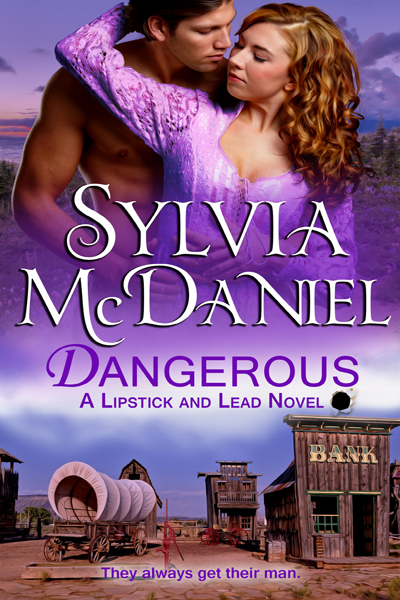 Currently I’m working on a series called Lipstick and Lead set in the late 1800s. It’s about three sisters who are bounty hunters, which is very unusual for women of the west. In fact, I could not find any actual bounty hunters that were women. But my girls father made a living bounty hunting and because they don’t want to become saloon hussies they have taken up the profession after several mistrials at other occupations.

But what about lipstick. When did lipstick become available to women of the west? Ancient Mesopotamian women were possibly the inventors of lipstick. They used crushed jewels to put color on their lips and around their eyes. Then Egyptian women used a dye from seaweed on their mouths to give color, but the stain from the seaweed made them very ill. It’s written that Cleopatra, crushed carmine beetles and ants and used the liquid on her lips. Gives new meaning to the word beetle juice.

During the 16th century, Queen Elizabeth 1, popularized the look of blackened lips, by using beeswax and plant derived red dyes. But by the time Queen Victoria took the throne, makeup was once again taboo. Only low class women and prostitutes used the dyes on their lips and the  Catholic Church connected the use of cosmetics to worshipping the devil.

During the 19th century lipstick was colored with carmine dye, which is produced by tiny Cochineal scale insects native to Mexico and Central America. The insects produce carminic acid, which when you mix it with aluminum or calcium salts it makes carmine dye. It’s like what Cleopatra first used.

During that time period lipstick came in a small pot and was applied with a brush to both your cheeks and lips. The look of carmine was considered unnatural and theatrical, so lipstick was frowned upon. Your normal everyday pioneer woman did not wear lipstick, or she would have been considered a scandalous loose sage hen. Only women on the stage or saloon girls, normally wore the lipstick on both their lips and their cheeks.

In the late 1890s, an oil and wax base was added to the dye giving lipstick a more natural appearance. By this time some women were wearing it at home. Sears Roebuck offered rouge for lips and cheeks in their catalog for the first time in the 1890s.

In Desperate, my western historical novella, the oldest sister, Meg starts using lipstick because it’s the only thing that makes her feel pretty. She dresses like a man, rides a horse like a man, takes care of the family and well…she needed something to make her feel like a girly-girl. So Lipstick and Lead was born, and my pioneer woman is now a trendsetter before her time.

Badass, bounty hunter, wearing lipstick to get her man.

Here is an excerpt from my current Lipstick and Lead book – Dangerous.

Slap her silly, but she was done! Annabelle McKenzie strode down the wooden sidewalk on her way to the bank. Done with raising chickens, feeding cows and goats, and shoveling manure. She wanted to go with her sisters to hunt for bad men. She wanted to be a bounty hunter.

Deep in thought about how she would explain to her sisters how she craved adventure and longed for excitement, she rounded the corner to enter the bank and slammed into the hard chest muscles of a large dark-haired man. The scent of soap and campfire spiraled straight to her center.

This was a manly man, and Lord knew, they were scarce in Zenith, Texas. Where had this specimen come from?

His hat was pulled low over his face, and he grabbed her by the arms, halting her progress. Her head fit just below his chin. She looked up at his strong, rugged jaw and serious face.

Long black lashes blinked over emerald eyes as he gripped her arms. “Slow down,” he said in a deep husky drawl. He kept his head down, barely looking at her. “There’s still plenty of cash left in the bank.”

What a condescending, egotistical, handsome renegade. Not an “I’m sorry” or “Excuse me”, but rather a crass remark about the money in the bank. “Maybe you should watch where you’re going.”

She tilted her head and stared into his handsome rugged features. There was something about him that seemed familiar, yet she couldn’t place him. Somewhere she’d seen his face. She gazed at him. “You’re tall enough you should be able to see a woman coming.”

He nodded, and she gawked at the way his shirt fit his strong shoulders and muscled arms. His lips were full and tempting, made for kissing.

“You’re right, ma’am. I should see a small package like you, barreling around a blind corner. Maybe I need to replace my spectacles with a pair that can see through walls,” he said, releasing her arms.

“Maybe you do.” The oversized giant was smarting off to her; he wasn’t wearing spectacles.

Where had she seen him before? “What’s your name?”

A sly smile turned up the corners of his full, luscious lips. “Why? You plan on having me arrested for running into you?”

The man had an ornery mouth, and she was just the woman to give it right back.

“Maybe,” she said. “I know the sheriff well. It would serve you right for being belligerent and disrespectful.”

He smiled a wickedly sly grin that sent tingles through her. “You have a really nice day.”

His voice was dripping with sweet sarcasm that made her feel like she’d eaten too many cookies. Tipping his black hat at her, he sauntered out the door.

Like a kick from a bull, it hit her.

His face was on one of the wanted posters she had out in her saddlebags.

6 thoughts on “Lipstick In the Old West by Sylvia McDaniel”