Thanks for having me as your guest today! 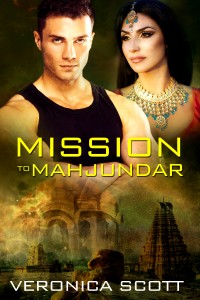 As a matter of fact – drum roll, please – as of March 1st I’m taking early retirement from my job at NASA’s Jet Propulsion Lab to become a fulltime author! Going to live the dream and I’m very excited. I’ve been cleaning out my office for the past few weeks, in fact. I told my boss the critical success factor for the retirement party would be a really good chocolate cake, so I hope he delivers on that. I worked on special business projects in the area of the Lab where we wrote contracts for everything from services to office supplies to parts for Mars Rovers. It was a fun career but my heart was in writing romance novels.

Cindy: Congratulations on what must be a scary move. But I know you’ll find it most rewarding.

I started writing when I was seven, because there just weren’t enough books around that I wanted to read. My first epic tale featured flying cats, flying horses, princesses galore, and a riverboat captain as the hero. And I just kept writing. In 2010, when my daughters were grown and out on their own, I decided to get serious about learning my craft and really working to become published.

I write science fiction romances set in the far future and I write a paranormal series set in ancient Egypt. I’m fascinated by both eras. My Dad was the science fiction influence as I grew up. My Mom had all the Time-Life book on ancient civilizations, and the “sword and sandal” novels. I just thought there needed to be more romance in everything!

How many books have you written? Do you have a favorite?

I’ve got seven books published – two from Carina Press and the other five independently published. I usually say my favorite is my most recent book, but Wreck of the Nebula Dream, my retelling of the sinking of Titanic, set in the far future in outer space, is also a favorite. (And just recently it was favorably reviewed by Dear Author, which was a thrill.)

I LOVE self-publishing. In fact, Wreck of the Nebula Dream was my first venture into self-publishing. I’d written the novel before selling my first ancient Egyptian romance to Carina Press. After the flurry of edits and getting the other book released with Carina, I realized 2012 was the 100th anniversary of the Titanic sinking. There wasn’t time to submit the book to anyone and get it published, not even Carina, so I dove into the independent publishing world. I enjoy the total control over my books – I pick the cover, I write to my own deadlines, I can tell the stories I want to tell, the books can be as long or as short as I feel they need to be, I set the prices and do the promo that seems appropriate (and fun!). And of course I’m not sharing royalties with a publisher. I learned a great deal from working with Carina and I enjoyed that experience, but indie publishing really appeals to me.

Publishing is a business and when you publish independently, you’re the person who has to make everything happen. That’s the joy and the reality. I love the creative writing part but I recognize the need to hire strong editors, copy editors, find cover artists (although I’m fortunate to work with two of the best – Fiona Jayde and Frauke of Croco Designs), have the formatting done, upload the books to the ebook retailers myself, troubleshoot problems…And you have to do promo for your books. That part holds true whether you’re published or independently, but it is something to remember.

My most recently published science fiction romance is Mission to Mahjundar. “Blind princess going to her loveless arranged marriage meets Special Forces soldier whose orders don’t include falling in love. When the inevitable happens and they do fall in love, the entire planet is set against them.”

Before I begin, I usually know the opening and closing scenes of the book, who the hero and heroine are, a few major scenes along the way…and then I just start writing and the story fills itself in as I go and get to know my characters even better. So pretty much a pantster! If I plot the story out in too much detail ahead of doing the actual writing, my Muse feels I’m already done and then I can’t write. The creativity evaporates.

I love being able to share my stories with readers! There’s nothing as satisfying as hearing from someone that they enjoyed the book, or they really related to one of the characters, or that they want more about a certain character.

Here’s a short excerpt from Mission to Mahjundar:

Mike Varone, Sectors Special Forces, saved the Princess Shalira’s life during a terrorist incident shortly after arriving on her planet. Shalira maneuvers her father into ordering Mike to accompany her on the journey to her arranged marriage, much to Mike’s displeasure. He has a mission to carry out that has nothing to do with Shalira. He goes to argue with her.

“Would you let the life you saved be lost so soon?” Tears shimmered in the depths of her unseeing brown eyes as she turned her face directly to him. Mike could­n’t look away, even though he knew she wasn’t actually seeing him, or his reactions. He put his glass on the table too hard, cracking the base.

“There are those who don’t want me to reach my wedding. The palace rustles with rumors of plots, schemes in motion to take advantage of this final opportunity to kill me. Once I’m safe with my bridegroom-to-be, I’ll be beyond the schemers’ reach, but I have to get to him.” Shalira rubbed her elegant fingers across the pendant as if it were an amulet giving her strength. “I hope that if you ride with me, those who plan my murder will be afraid to proceed under the attention of outworlders.”

What do I say to this? He hadn’t anticipated an appeal along these dramatic lines. “Do you think the bomb yesterday was an attempt to assassinate you?”

“No, assuredly Maralika was the target.” Shalira shook her head. “The empress is pursuing a host of unpopular actions—forbidding the older forms of worship, tearing down temples, forcing the people to pay taxes to her new gods, consolidating power for herself and her son. My father is not a well man, Major. Everyone knows he doesn’t have long to live, and she plans to rule when he’s gone.”

“But there’s opposition to her?” Mike was aware there was. Planetary politics had been a prominent part of his briefing, but he was curious how much Shalira might add.

“Her son is the heir since my brother was murdered, but the throne of Mahjundar has often been claimed by bloodshed rather than by rule of law. I have to get away from here, before the emperor dies.” She laughed, the sound bitter. “Playing the Princess of Shadows won’t protect me after his death.”

“Princess of Shadows?” Nothing about that in our briefing. He remembered the empress had also used the term to refer to Shalira.

“It’s an old folktale about a girl of royal blood who hid from her enemies in the shadows of the palace walls, disguised as a beggar, until her true love rescued her.” Gesturing to her eyes, Shalira said, “It’s meant as an insult to me, since I can’t see, not even shadows, and I’ve lived the past fifteen years on the fringes of the court, out of the ‘sun.’ I’m tolerated, protected only because my mother was the emperor’s Favorite till she died. If I reach the safety of my bridegroom’s people, then I’ll be safe, free of the empress’s plotting and hate. My mother’s clan is among his subjects.” Shalira blinked hard, and then her face crumpled as she wept. 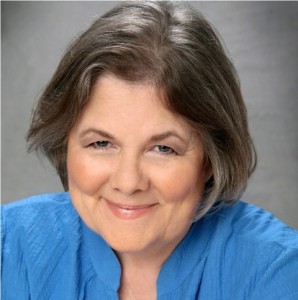 Amazon best-seller Veronica Scott is a three-time recipient of the SFR Galaxy Award, as well as a National Excellence in Romance Fiction Award winner, and has written a number of science-fiction and paranormal romances. She writes the SciFi Encounters column for the USA Today Happily Ever After blog. Veronica has two daughters, one grandson and two cats. She loves long blingy earrings, roses, the movie “Aliens” and Mars Rovers.

4 thoughts on “Interview with Veronica Scott”