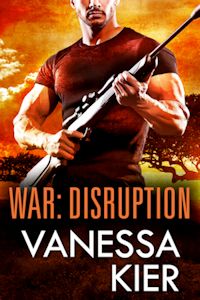 If you follow the news, West Africa seems to be an inherently dangerous place. Between Ebola and various rebel groups, it’s not a place most foreigners would want to visit. But the West African country I lived in during the late 1990’s was a peaceful, relatively safe place and I have many fond memories. Someday, I hope to return.

Here are a few of my memories:

What I remember above all else is the generosity of the people. Despite living in what most Americans would consider poverty, the West Africans I met laughed a lot and had a love of life that I admired. They also liked to tease.

The wild beauty of the country is something I’m using in my next series. It’s humbling to stand in a field at night, with no artificial lights for miles, staring up at a thick blanket of stars that appears so close you should be able to touch it. Picking my way through village streets with only lantern light to guide me over the uneven terrain made me realize why fire draws us on a primitive level.

Although vendors displayed piles of used Western clothing at the market, for my business clothes I paid to have dresses made by a seamstress. It seemed a luxury, but this was simply the local custom for both men and women.

My biggest concern was staying healthy. Malaria was a threat mitigated by daily anti-malarial medicine, but despite boiling and filtering my water I still ended up with both an intestinal bacterial infection and intestinal parasites. We called the parasites our tiny pets.

For local transportation I walked, rode my bicycle, or occasionally hitched a ride on the back of a motorcycle. Traveling to another town meant riding in the back of a pickup truck with a canvas canopy overhead and two benches lining the sides so it could serve as a public bus. To get to the other end of the country, I rode a public coach bus with the aisles clogged with sacks of yams or other produce.

The overwhelming heat was something I quickly became accustomed to. The region I lived in was dry, with little humidity except in the rainy season. With temperatures routinely over 100F for months at a time, it got to the point that any temperature below 80F felt cold. Just like the locals, I found myself piling on coats and layers as the temperature dropped into the chilly 70’s!

Ever since I left West Africa I’ve wanted to set a story there. But I had to wait for the right idea to take root. Eventually, the idea for WAR popped into my head. WAR stands for West African Rangers, an underground resistance organization. The world in which WAR operates is a fictionalized version of West Africa. I spent quite a lot of time researching the history and demographics of the region before I decided on which countries to merge and which countries to split in my new reality. I even drew a map by hand that displays the new countries and their borders.

In this version of West Africa, a vicious group of rebels have emerged, calling themselves the African Freedom Army. Their stated intent is to rid West Africa of all foreign influence and to build West Africa into a stronger, more profitable region based solely on the intellectual and physical strength of its people. Their underlying goal, however, is to turn the region into a staging ground for terrorist attacks against the rest of the world. As AFA grows in power and takes more territory, the corrupt and inefficient governments of West Africa prove unable to successfully defend themselves. With the U.S. and other powers distracted by events in the Middle East and Asia, West Africa is on its own.

WAR is created by a former government official who understands that governments alone are not going to be able to save the region from falling to the rebels. WAR recruits those people brave enough to stand up to the rebels. Military personnel, doctors, journalists, and so forth, these supporters contribute to WAR the best they can, turning it into a sort of Robin Hood organization that offers help to the oppressed while fighting a guerrilla war against the rebels. WAR has also attracted a great number of expats to its ranks, particularly foreign soldiers who see this region as a strategically key spot that must remain free and democratic in order to protect the security of the rest of the world. Most of the foreigners who have aligned with WAR also have personal reasons for staying in West Africa and joining the fight.

This setup allows me to write a multi-national cast. The hero and heroine of the first book are both American. The hero of the second book is Scottish. The rest of the current cast includes West Africans, a South African, an Aussie, a Swede, and of course, more Americans.

I’m so excited to be finally able to share this amazing world with my readers!

The first book in this series is WAR: Disruption. Here’s the blurb:

He’s been trained for war. No one prepared him for love.

Black ops soldier Max Lansing has twelve days to stop an international arms dealer from recovering a missing weapon of mass destruction and selling it to a vicious group of West African rebels. He doesn’t have time to play babysitter to former ballerina Emily Iwasaki, who’s on a dance tour to raise money for war orphans. But when rebels attack the tour group, Max steps in and saves her. As the days tick down to the arms deal, Max and Emily race through the jungle ahead of the rebels. Keeping Emily safe is messing with Max’s timeline, but when it comes down to saving the day or saving the girl, there’s really only one choice.

WAR: Disruption is available for preorder at the following retailers. The official release date is December 15, 2014. 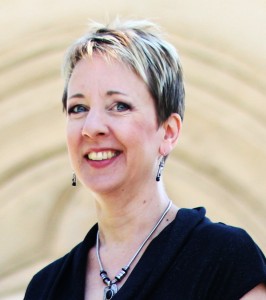 Vanessa Kier spends way too much time thinking up ways she can torture her characters. A worst-case scenario thinker, she’s been creating stories in her head since childhood. Now she’s found her niche in writing romantic thrillers that combine intense emotion with action-packed plots. The author of six books in The Surgical Strike Unit series about a privately run special operations group, she has set her new series WAR in West Africa, where she lived for a time.

When she’s not writing, listening to music, or playing puzzle games on her mobile device, Vanessa writes the occasional Tech Talk column for her local RWA chapter’s newsletter and takes long hikes in the nearby hills.

For cover reveals, advanced excerpts, and other exclusive content sign up for her newsletter here http://eepurl.com/ssAbv. To learn more about Vanessa please visit her website www.vanessakier.com. She loves to hear from readers. You can also find her on Twitter https://twitter.com/VanessaKier or Facebook https://www.facebook.com/vanessakierauthor.