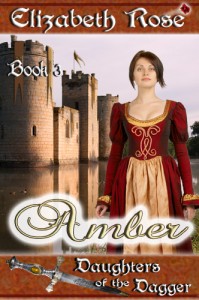 Thanks Cynthia for having me as your guest today.

Amber de Burgh – Book 3 of my Daughter’s of the Dagger Series is one of the four daughters of a baron. Ruby, Sapphire, Amber and Amethyst were all named after the jeweled daggers their mother bought in superstition from a blind old hag, as she was barren and the superstition said this would guarantee she conceive one child for each dagger bought.

My Daughters of the Dagger Prequel is free to get readers started in the series.

Getting back to Amber – she is a novice in an abbey, studying to take her final vows. That is, until she meets the mercenary, Lucifer (Lucas) who is one hell of a man, and they are sent on a pilgrimage together. Amber intends on praying, but that is the furthest thing from Lucas’s mind. Matter of fact, he is on a mission to steal the Regale Ruby from the Canterbury Cathedral. 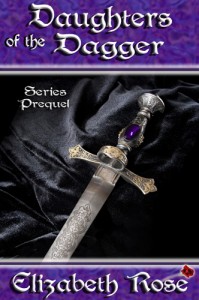 Back then, people were very superstitious, and believed in all sorts of things. One thing they believed in was holy relics. Holy relics were usually a bone, some hair, a piece of clothing, or anything that supposedly came from a saint. People believed if they were to buy, touch or even kiss one of these objects, they or their loved ones would be healed – and/or it would pave their way to heaven.

People were sometimes so desperate to attain a piece of a holy relic, that while kissing one, they would even try to bite off a piece to take with. Churches prided themselves on who had the most or the best relics, because that was a big draw to bring people and therefore more money to their church. So oftentimes, the priests back then (who were not as holy as you’d think) would go about trying to steal the relics from each other. It was kind of like a fraternity trying to steal each others’ mascot.

Amber works as an illuminator in the abbey’s scriptorium. This is a wonderful process which I describe in the book, as well as the life of a novice inside the abbey walls, and the process of going on an actual pilgrimage. 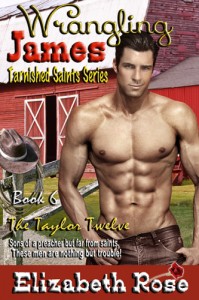 Amber – Book 3 of my Daughters of the Dagger Series is on sale for 99 cents at Amazon until Sunday. The books are now also offered as a boxed set – including the prequel, and offered as print books as well.

The link for Amber is: http://www.amazon.com/dp/B00F9UBU6Y

And for the free prequel: http://www.amazon.com/dp/B00EAMJHOE

My books are also available at Barnes and Noble, Apple, Kobo and Smashwords.

Book Trailer for Daughters of the Dagger: http://youtu.be/ssDA4LGsqH0 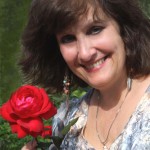 Bio: Elizabeth Rose is the author of over 30 books, and writes historical, contemporary and paranormal romance. Her latest book in her Tarnished Saints Series, Wrangling James – Book 6, a small town cowboy, will be released this month.

Vespers had just finished, and Amber de Burgh of Blackpool, novice of the Sisters of St. Ermengild, blessed herself as the doors to the church slammed open, and in entered the devil himself.

All heads of the congregation of praying nuns and monks turned toward the door, and Father Armand who was conducting the service looked up sharply in surprise.

“Lucifer!” he cried out, startling everyone inside the church. “Bid the devil.”

Commotion broke out and the occupants of the church parted like the Red Sea. The nuns huddled together in a hurry, quickly blessing themselves and praying aloud in the process. The monks gathered together at the other side of the church in silence.

Amber raised her chin, looking over the heads of the nuns, surprised to see a man standing in the doorway instead of the horned and hoofed demon she expected to find. A bedraggled man with a chain around his neck and chains on his wrists stood in the entranceway. His legs were spread, and his hands raised to stop the doors of the church as they hit the wall and swung back toward him. Lightning illuminated him from behind, and thunder boomed from outside as rain pelted down like a barrage of arrows from the sky, crashing against the stone steps of the church directly behind him.

“Father,” the man said in a low voice through clenched teeth, and Amber knew he was speaking to Father Armand. “I will see you in Hell before I do your bidding again, you bloody bastard!”

Cries of shock went up from the group of nuns around Amber and one of them swooned, ending up prone on the floor in a tangle of her black robes and long veil. Several of the sisters rushed over to assist her. The monks at the other end of the church conversed in hushed whispers behind their hands. Amber curiously made her way from the wooden bench at the front of the church closer to the door to gaze upon this spawn of the devil.

7 thoughts on “Daughters of the Dagger Series By Elizabeth Rose”