Please help me welcome Janis Susan May to my blog today. She is giving a beautifully embroidered lady’s handkerchief as a prize, to one lucky commentor, so be sure and leave her a comment. 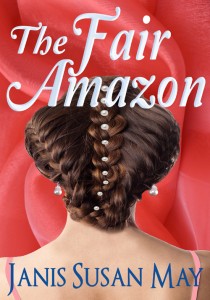 I like the past. I like living in the past. Sort of. The fancy clothes, the beautiful ornate architecture and decoration, the emphasis on manners, the societal formality – those I love. The dirt, the lack of labor-saving appliances, the risk of disease and early death – those sort of things I can live without.

Luckily as a writer I can pick and choose what I want in ‘my world.’ Death, disease and dirt do exist in my stories – it’s hard to create a reasonably accurate historical world without them – but at least I can control them to my whims, right along with the weather and other things. (“You’re playing God again,” says The Husband. He’s right.)

One thing on which I insist, no matter how much I manipulate my characters and storylines, is historic accuracy. The thought of twenty-first century people with twenty-first century attitudes and actions prissing around in fancy-dress being called ‘historic fiction’ makes my blood boil. Writers can change anything they like, create any kind of world, but if they vary from the accepted norms, mores and achievements of a period, they should at the very least be honest enough to call their product ‘alternative history.’ Victorians did not have laser death rays. Flying machines did not exist during the time of the Crusades. As for attitudes and societally accepted behavior… a writer should be true to the time. Or write ‘alternative history.’

If you reread the first paragraph of this essay again, you will notice that I use the word ‘traditional’ a lot. Quite a few times, in fact. In the publishing world ‘traditional’ is a code word for ‘clean’ or ‘sweet’ or – bluntly – ‘no sex.’ I have nothing against those who read or write sensuous/hot/erotic books. May joy go with them. I just don’t like sex on the page. I find it boring and pretty much of a story stopper. I’ve had sex in real life. (Shock! If she were still living my very proper mother would probably faint at my making such a bald statement, and in public no less!) I don’t need it in a book. 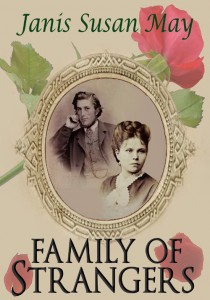 Proponents of graphic and detailed descriptions of love-making say it deepens the romance and gives the story more depth. I disagree. I’ve never yet read a sex scene that can come close to my own imagination – or my memories. I personally think that sex scenes restrict the reader’s imagination and enjoyment along with stopping the story dead for a lubricious – and generally boring – couple of pages. By ‘closing the bedroom door’ or the old movies’ ‘fade to black’ the reader is free to imagine what turns them on, not what the writer wants them to think/feel. It’s a proven fact that the feelings and fears we create from our own minds are so much more intense than any manufactured by someone else.

Neither does it stop the story.

So did they have sex in the past? Don’t be silly – of course they did. Otherwise we wouldn’t be here. It just wasn’t a national obsession and public pastime like it seems to be today. Maybe I’m wrong, but that’s my belief and that tempers what I put in my books.

That does not mean, however, that books accurate about the attitudes and mores of a past time and without sex are dry, dusty, prudish things too closely related to a boring history textbook. Quite the opposite. Many past eras were much more passionate than ours, some of them to the point that they make modern readers uncomfortable. Just think of the scene in THE SCARLET PIMPERNEL where Sir Percy, estranged from his wife yet loving her intensely, kneels to kiss her footprint after she has stalked away from him in anger.

Or where some real-life British war hero of the 18th century (whose name I cannot recall) who, while lying in a field hospital after having his arm cut off (probably without anesthesia), calls to the orderly to bring the arm back – on one of the fingers is a ring that his beloved wife gave him.

Wasn’t it VanGogh who cut off his ear in an attempt to gain the attention of a young woman? Of course, he was a little strange, but even such a weird act fits in with the passionate temperament of the past.

In the Middle Ages knights used to joust and fight until death as a sign of honor to the ladies of their fancy – and wearing their lady’s token while they did it, too. 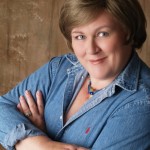 There are innumerable similar examples. Whether in the past or in the present, passion is and should be a part of life. Passion is not a code word for explicit sex. Passion is a function of the mind much more than of the body, be it for an ideal or a goal or another person. Whether they write sex scenes or not, writers should never fail to include passion. Luckily in this day and time we have our choices about what we want to read, to write and to publish. From the most explicit sex scenes showing every touch and sigh to the most chaste of glances that can still make our hearts pound, they’re all there ready for us readers, and they can all be equally satisfying to a reader, as long as they are done with passion.

And for me, historical accuracy!