Thank you Cynthia Woolf, for having me as a guest on your blog! I’m so excited to be here! I hope that you all enjoy learning some of what makes me tick .

Leave a comment with your name and email address for your chance to win a pdf copy of my newest book, Where There’s Smoke.

I got my start in writing in the 7th grade when I entered a book writing competition in school. It was a children’s book about two cousins who just happen to be bunnies. Complete with illustrations and a fuzzy flannel cover (I thought the fuzziness of the flannel would tie in with the soft fur of the bunnies.).

Although I didn’t win that contest, it lit the flame in me to write. I wrote many short stories over the years following.

Then in 1990, I began writing full-length pieces.

I write Romantic Suspense. I like to add a little intrigue into my romance because, well, what fun would it be if everyone just met, fell in love, and lived happily ever after? Imagine how boring that would be.

My current series, The Heroes of Hammonds Bend, is situated in the fictional small town of Hammonds Bend. It is a series that tells the stories of the local heroes and the trials and tribulations that they must go through in search of their happily ever-afters.

The inspiration for my latest book, Where There’s Smoke which due out in mid-December, came from my own experience as a Firefighter/EMT. Of course, it’s all fictional, but the emotions during the action scene I have experienced under similar circumstances.

My favorite part of writing would have to be, WRITING! I love just sitting down and letting my fingers fly. It gives me such great pleasure to watch a story unfold before my eyes.

Hands down, my least favorite part of writing is revisions! UGH! I dislike having to come out of the minds of my characters and look at the piece with the eye of an editor. When I first started writing, there were times I would read and reread my books so many times that I got tired of reading it. Now that I have a little more experience under my belt, I have honed the process down to a tolerable level.

My next project is book 2 of the Heroes of Hammonds Bend series will be released January 2013.

As a reader I find myself most drawn to the Romantic Suspense genre. I read Contemporary Romance (especially if there’s some comedy in them), and LOVE Historical Romances as well.

Yes I love to read in the same genre that I write in! It helps me keep an eye on the competition…lol In all seriousness, I was told a long time ago to write what I know. And, given the jobs I’ve held throughout my life, suspense just seems a natural fit, and of course I have to throw a touch of romance in there. 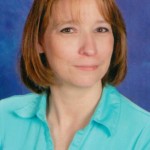 When she’s not writing, S.D. love to read, crochet, cross-stitch, cook, garden, photography, or just spend time relaxing with her family and friends.

S.D. is a member in many online writing groups, and has a special group of women that she connects with for writing sprints frequently. She spent 12 years working as a Firefighter/EMT as well as a 9-1-1 Communications Technician. Two careers which will always hold a special place in her heart, alongside her writing!

Excerpt from Where There’s Smoke

Hanging around Annie could definitely be bad for his self-imposed bachelor status. More importantly, if she were somehow involved in his investigation it could be occupational suicide. Physical attraction aside, he just didn’t get a deceptive vibe when he was around Annie. That sense was the asset he counted on the most when working undercover. It had saved his skin more times than he cared to count.

Another muffled yawn drew his attention back to the current conversation.
“Guess I am, but don’t start planning a wedding, Andrews. I don’t know very many people around here and thought that maybe you could show me around.”

Funny how the idea didn’t turn him off now as it would have a week ago.

“Um sure,” Annie murmured. “Anything in particular you are interested in seeing?”

“Now Darlin’ you should know better than ask a man a loaded question like that.”

“Listen, Ramsay,” Mason admired the strength in her tone. “I’ll take you to lunch and show you around town a little only because you’re new to town. Don’t go thinking I like you any more than I like the other guys at work. You’re a very attractive man, but I wouldn’t want you to fall for me, and have to break your heart.”

Mason threw back his head and roared with laughter. He had to give it to Annie, she sure didn’t beat around the bush where her feelings were concerned. His admiration grew.

“I promise Ms. Andrews” he responded several seconds later when he had finally regained his composure. “I won’t mistake your hospitality as a promise for anything more,” He couldn’t resist adding in a low timbre. “Unless you ask for it of course.”

“That’s good. The last thing I need is another stalker.”

5 thoughts on “An Interview with S.D. Bancroft”