Who hasn’t watched The Bachelor at least once? I wondered as a romantic fiction writer what could I learn from the show. Be sure and leave a comment. One lucky commenter will receive a $5 Amazon gift card. 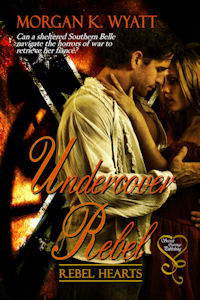 1. Every woman who signed up to participate believed she could fall in love and marry whatever man they chose for the show.

*I read the contestant application. The company requests info about relationship details, tattoo locations, current restraining orders, criminal incidents, and bankruptcies. They also want several pictures featuring your assets. They do ask if you’re okay with finding your husband on a television show. Sadly, they are looking for attractive people who are bad at relationships, and really do believe in fairy tales.

2. The episode I watched one of the women being introduced jumped on the bachelor, wrapped her legs around his waist and kissed him. Yes women are willing to degrade themselves if they think it will get them the man, or at least through the first cut.

This contestant has skanky ex-girlfriend or wants to be current girlfriend written all over her. She’d be a delight to have as a secondary character because she’d always stir up the conflict. Besides, most readers have known someone like her.

3. Another woman told the bachelor how much she disliked him, even slapped him. She made it to the finals.

Men like women who represent a challenge. Start a romance with the characters in opposition to each other. Men like the chase, the longer the better. The contestant who wrapped her legs around the bachelor on meeting him provided no chase.

4. Even though the women had all been solicited for information on their likes and dislikes, they chose to believe the man came up with the idea on his own to bring the woman’s favorite flowers.

Women who want to believe will believe…no matter how unrealistic something might be. This can work for a little while in a romance, but not too long, because the reader will get impatient with the heroine who doesn’t realize she’s being two-timed.

5. The man gets to go out with a different woman every night, sometimes two, and yet each woman looks at him adoringly when he tells her she’s the one he cares about. If a handsome man tells a lie in a romantic setting, then a woman is more apt to believe it.

The bachelor is the bad boyfriend. Every woman has the experience of believing one. It is good to have them to contrast the hero to them. Your heroine may believe the bachelor bad boyfriend at first, but after a while, his lies grow stale.
6. It is easy to be romantic when you don’t have a life outside of dating, and someone plans and pays for the dates.

How true. This is why romance has to reflect reality. The characters have to carve out small romantic moments because no one is able to escape for two months.

7. Women will do things they wouldn’t normally do when competing for a man’s attention. On the other hand, the man will set the women against each other for his benefit.

I am not sure I would want to include this nasty, backbiting behavior in a romance novel. It is wrong on so many levels, and doesn’t seem to be the least bit romantic. A hero or heroine would not behave in this manner. Now the bad guy or bad chick would.

8. Ironically, the selected woman will become irate when she hears about the guy having a girlfriend back home. For Pete’s sake, he has been bed-hopping when twenty-plus women on the show. Why isn’t she distressed about this?

Here’s a woman in denial. She can be a secondary character that the reader can feel sympathy for because she so delusional.

9. There are people that can take off two months from work for the sole purpose of hooking up.

10. Once taken out the super romantic environment, the engaged couple usually break up. The women often comment the man does not resemble the man who wooed them on television.

People who pretend to be other people than who they really are eventually get tired of the act. It is always good to include a couple of superficial characters in your story to play up the authentic-ness of the hero and heroine.

11. The Bachelor has not resulted in one successful marriage.

If I want my book to end up with the couple blissfully in love, and living in peace, and harmony, I need not to include twenty-four other women.

Lynette and Townsend walked off arm and arm murmuring inanities at each other. Emily ensnared by Gray’s eyes, missed the couple’s conversation. Velvety chocolate brown, were his eyes always so deep, so soulful? They seemed to twinkle, and then she realized he spoke.

“Um, pardon me?” Emily rushed to cover her moony-eyed lapse.

Letting loose a low, sexy chuckle, Gray drawled, “Another man might be insulted at the lack of attention you afford me, but since I know you I will forgive you.”

She flipped open a silk and ivory boned fan pen to hide her hot cheeks. “I do declare Mr. Masterson, you’re such a tease.”

Gray placed an ungloved hand on her arm stopping her coquettish response. “It’s me, Emily, no need for that Southern Belle nonsense. In case, you’re wondering, I said you look beautiful.”

Fanning herself rapidly, she looked down at Gray’s long fingered hand still resting on her forearm. Was it his hand, his words, or both that were making her so hot? “I do? You think…” Emily stopped realizing suddenly how foolish she sounded. A belle of the county wouldn’t ask for confirmation, instead would simply accept homage from all males as her right. The potion must not have kicked in yet.

Gray’s lips curved upward. “All the Audleys are good looking. It’s commonplace to hear your family mentioned as one of the most comely of the county.”

Emily’s heart took a nosedive like a crow spying a piece of corn. Sure, she heard they were a comely family, but never thought much of it. If by comely, that meant there were no hunchbacks or cross-eyed cousins then they qualified. She thought that perhaps, no that was too much to hope for. She thought he only commented on her, especially wearing the green satin.

“Hey there, sugah, what’s with the long face?” Gray raised his hand to place two fingers under her chin tilting it upwards toward his gaze.

His unexpected action caused her fingers to loosen on her fan and it fell from her hand. He called her sugar. Mother would hate it and call it common, inappropriate at any time. If only she could grab the word, the look in his eyes, the feeling inside her and wrap in cotton batting and store it away like a precious keepsake. If only this moment, wait, his lips moved, could it get any better?

“You’ve always been a delightful sprite following your brother and me around. Townsend called you a nuisance, but I never minded. Your high spirits, your curiosity, your courage always impressed me.” Gray ended with a wink.

“It did?” Emily squeaked. She didn’t sound like the belle of the ball more like her nine years old cousin than a femme fatale. Maybe Eileen could get her money back on the potion. Then again, Gray called her beautiful, winked at her, and was touching her. So far, he brought to life almost every one of her romantic daydreams, except one. His face grew larger as he lowered it. Oh my, he was going to kiss her, her heart beat double time, making it hard to breathe. Inadvertently, she squeezed her eyes shut, but opened them again because she didn’t want to miss a second.

Voices of other guests broke through Emily’s rapt contemplation of Gray’s lips, which seem to be getting closer. Whirling, tugging on his arm, she urged him down the gravel path. “Let’s check out the gazebo down by the river,” she commenting hoping Gray could read her unspoken message that the gazebo stood isolated at the edge of the property.
As they walked, greeting people casually, Emily worried that perhaps Gray wouldn’t kiss her at all. Her skirt bumped against an azalea bush, scattering the deep pink blossoms and releasing their fragrance into the air. Maybe he wasn’t going to kiss her. Maybe she imagined it all. What would she say to Gray? How could she extract herself from this embarrassing situation? A woman teased Gray about how handsome he looked in his uniform.

Shaking off her internal monologue, Emily spotted the offender, Elizabeth Anne, and gifted her with one of Eileen’s specialties the gimlet glare with the smug smile. Elizabeth stumbled back a step, obviously interpreting the message. The potion just kicked in.

The people thinned out and they managed a few more steps without any interruptions. The gazebo with its fresh coat of white paint gleamed like a beacon. Gray walked by her side in a companionable silence. What was he thinking? Looking up at him, furrowing her brow, Gray laughed and dropped a kiss on her brow. Without thinking, she said, “You kissed me.”

“That wasn’t a kiss. I was just trying to smooth out those worry lines in your forehead. Would you like me to kiss you?” His eyes twinkled as he waited for her response.

“Oh yes,” Emily sighed the words without thinking. Gray swept her into his arms causing her to stumble backwards, which only made him tighten his hold as his lips swooped down on hers. My goodness his lips were soft, yet firm. He smelt so good. The sandalwood aroma wrapped around her along with his arms. The length of his muscular body pressed up against hers causing her hoop skirt to bell out wrapping around Gray’s legs. Even her clothes couldn’t get enough. The kiss ended too soon. Staring into Gray’s darkened eyes; the thought of another kiss drew her up on her toes closer to his lips when voices rounding the path corner caused them both to move apart. 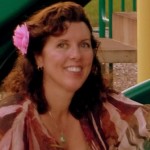 BIO
Morgan as a child had to suffer through movies with clueless heroines rescued by smart men. Her mother dutifully read her stories where princesses waited for princes to jumpstart their lives. There were no proactive female role models in the media at that time, with the exception of Wonder Woman. It is for this reason, and that it is fun, Morgan writes about strong women going after what they want.

17 thoughts on “The Bachelor by Morgan Wyatt”