Help me welcome Norah Wilson to my blog to day. Her new book, Comes The Night will be available on December 1 and you’re seeing the cover here first. It ROCKS!

Please leave Norah a comment and be entered in to a drawing for a $10 gift card or an ebook. There will be two winners.

With my solo writing, I write romantic suspense and paranormal romance. But I’ll tell you a secret – the paranormal romance is just romantic suspense with the addition of supernatural beings.  At least that’s my approach. As for the why of it, I love how the strong external plot gives me something to hang the romance on. Straight up contemporary romance is my first love, but when I tried to write it, I found it positively exhausting trying to come up with stuff for them to do. The strong suspense plot gives them plenty to worry about, and the romantic development becomes so much easier once I’ve thrown them together in a high stakes battle. You know the axiom that true character is revealed under pressure? When I throw them into this crucible, the characters come to know each other’s character on a very fundamental level in a relatively short time. That totally appeals to me!
I also write young adult paranormal with writing partner Heather Doherty. Again, that fast-paced, suspenseful plot really helps! Heather and I also write the laugh-out-loud Dix Dodd cozy mystery series. I can find no explanation for that. LOL! You’d have to read one.

My best selling series right now is the Serve and Protect Series, which are romantic suspense stories featuring sexy police detectives (with a police K-9 handler thrown in there). I guess you’d call them women in jeopardy stories, if you feel the need to pigeonhole them. But that doesn’t mean my heroines are shrinking violets. They are strong, smart women who just happen to find themselves in situations where they need protection.

Also doing reasonably well is my Vampire Romance series. I wish I could entice more of my romantic suspense fans over to the dark side, since these books really are nail-biting suspenses.

It’s a joint project with my writing partner, Heather Doherty. By December 1, 2012, we expect to have the first book in our Casters series of YA paranormal/horror launched. It’s called Comes the Night, and it’s sooo scary. We’ve created a whole new entity. Three girls who are sent to a boarding school which is just one step away from jeuvie find a way to escape their pain by literally escaping from their bodies. There are four books planned in the series, to be released over the course of 2013.

It’s been extraordinary. I got in early – the summer of 2010. I was – and still am – agented, but I had a number of books that had already made the rounds of appropriate traditional publishers, with no takers. I came to the conclusion that they were never going to sell to New York and I had nothing to lose by self-publishing them. Well, with the possible exception of my reputation. At that point, self-publishing was still pretty much synonymous with vanity publishing. But I’d been listening with great interest to fellow author Delle Jacobs, who is the first author I knew personally to take the plunge. I figured if it was good enough for Delle, for whom I have enormous admiration, it was good enough for me. Sales started slow, but about six months in, they exploded. Apple was the first market I penetrated with any substantial numbers, and they are still a very important market for me, but after I put my free loss leader short novella on Amazon and they price-matched it to free, my Amazon sales came on very nicely. At this point, I’m not out there leading the indie pack, but I’m comfortably somewhere in the middle. 

Right now, I’m fortunate enough now to have a book out with Montlake Romance (Every Breath She Takes, Sept. 2012), and I’m thrilled with what that has done for my indie sales.

I love talking about my heroes! Since your focus is indie, I’ll talk about John Quigley, or Quigg, from Guarding Suzannah, the first book in my Serve and Protect series. Quigg is strong, protective and sexily capable, but he may also be the least Alpha hero I’ve written. In a lot of ways, he’s smarter, more patient and better adjusted than a lot of those out-and-out Alphas who can sometimes go off with very little provocation. He’s the son of a laborer and sees the heroine, Suzannah, the daughter of a chief justice, as somewhat out of his league. Suzannah, a criminal defence attorney, is also abhorred by his colleagues on the police force for her habit of demolishing them on the witness stand. When Quigg discovers Suzannah has a stalker, he has to walk a fine line between solidarity with his colleagues and his need to protect this beautiful, independent woman who refuses to make an official complaint to a police force she half suspects is behind the harassment. When she refuses to go to police, he appoints himself as her protector, whether she wants it or not. Of course, with his patience and steadiness, he turns out to be the perfect match for the sexually and romantically skittish Suzannah.

Absolutely. Don’t give up. There are more avenues than ever before for authors to succeed. But even with the self-publishing avenue open to anyone who wants to take it, there will be challenges. Discoverability in a world where shelf space has become unlimited is the new mountain to be scaled. I know lots of amazing authors who toil in relative obscurity. But here’s the thing – if you self publish, you can have a successful career writing to a relatively small niche. For instance, New York has pretty much declared the romantic suspense dead, and only the superstars of the genre continue to sell at a clip that will support a traditional publishing career. Traditional publishing requires a blockbuster of a book to make it a profitable undertaking. But as an indie, there are more than enough romantic suspense fans to support my books. And for readers, the genre has been revitalized by the indie movement, with more choice than ever before. So yes, it’s a challenge, but you can target a niche market and write to it. Work on your craft. Deliver a quality product. Work with an editor. Commission a cover that looks great in thumbnail and which SCREAMS the genre. Make it available on as many platforms as you can. Build you fan base with another book and another book.

Thank you for hosting me, Cynthia. It’s been a blast! 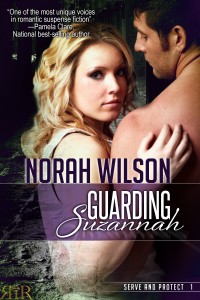 She looked so thoroughly disheartened, way beyond what a flat tire should cause. “Relax, Princess.” He pushed away from the pillar. “I’ll change your tire, have you on your way in five minutes.”

“Hey, I can handle this. Besides, with any luck, I’ll get dirt or grease all over me and won’t have to go back in there.” He indicated stately Old Government House with a nod of his head.

“Thanks for the offer, but I don’t have room in my trunk for four spares.”

“They can if they’ve been slashed.”

Quigg shot a look at the valet, who nodded a confirmation, then retreated back to his station.

He gripped her elbow. “What’s going on, Suzannah?”

Calmly, she removed her arm from his grip. “Nothing that’s not par for the course, Detective.”

“Jesus, your tires are slashed and you don’t even bat an eyelash?”

She opened her ridiculously tiny beaded purse and pulled out an even tinier cell phone. Seconds later, she was talking to the CAA dispatcher. Cripes, she had the auto association on her speed dial? He listened as she gave her situation and her location.

“Wanna explain what’s going on here?” he asked as she tucked the phone away again.
She shrugged, an elegant lift of the shoulder. “Just the cost of doing a little criminal Legal Aid in this town.”

“What’s that supposed to mean? And why wasn’t your first call to the cops, especially if this isn’t the first time it’s happened?”

Quigg sucked a breath in through his teeth. “You think cops did this?”

She arched a delicate eyebrow. “Congratulations, Detective. I’ll bet you graduated top of your class.”

“No? Gosh, with those deductive powers, I’d have –”

He stepped closer. “No, it wasn’t a cop who did this.”

Her bosom lifted on a long inhalation, but she didn’t huff out an impatient sigh as he half expected.

“Look, I’ve been around the block a few times, Detective. I know I haven’t endeared myself to you guys. I also know you stick together –”

“Hey, I understand. Really. The blue wall. You’re charged with enforcing what amounts to a pretty puritanical code, one that abhors improprieties like drunkenness or lewdness. So you avoid those social situations where you might make a hypocrite of yourself. Then, before you know it, your social sphere includes nothing but other cops.”

“It’s okay. I totally get it. You put that uniform on, that badge, and it isolates you from your friends, from your community, even from the legal system. Which sets up the us/them solidarity thing. So when a guy gets a rough ride from me on the stand, of course the rest of you are going to empathize pretty strongly with him.”

“Thank you, Dr. Phelps, for that lesson on police sub-culture. But read my lips – it wasn’t one of us slashed your tires.”

28 thoughts on “An Interview with Norah Wilson”